Home
Movies
How the Film Olangal Influenced What Bollywood is Today 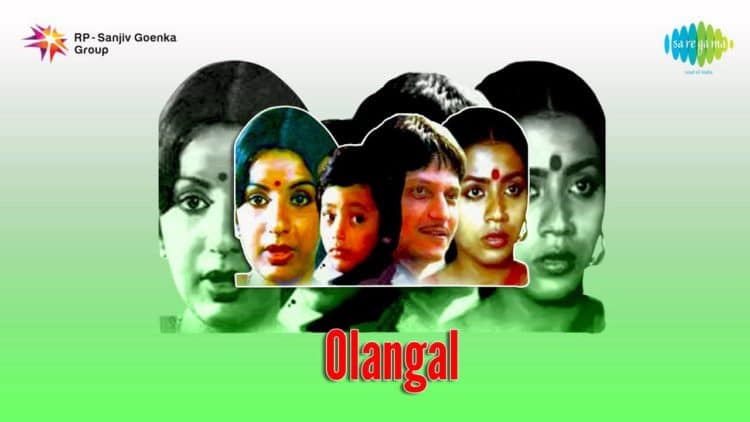 In 1982 the film Olangal came out and began the change of Bollywood into what it is now. It didn’t do this all on its own obviously but it did play a great role in not only helping to determine the course of Bollywood but to get it noticed by others as well. The general idea of Bollywood wasn’t fully formed until such movies really started making an impact on other cultures. For the most part Bollywood is Hindi cinema, no different from America’s Hollywood in many ways. But the idea of it has been a long time coming and Olangal was one of those films that managed to help pave the way. There have been a great many Bollywood films throughout the last few decades that have caught peoples’ attention and allowed them to realize just how quickly and how efficiently Bollywood is expanding, but Olangal was one of those that helped to get things started.

The point of the story is pretty clear and concise as it is a dramatic telling of a couple that has one daughter and live a very happy life. However when a young boy is brought to their home, a boy born out of an affair the husband had before marrying his wife, they agree to take him in and care for him before he is taken to a boarding school. Unfortunately what the husband does not tell his wife is that the boy is the product of an affair, opting instead to tell her that he is the son of a dead friend. It is then a bit awkward and very damaging when that dead friend shows up and the husband has to come clean about what he’s done. This in effect ruins his marriage as affairs are nothing to be taken lightly in any culture.

While its plot is fairly simple and not too challenging it is still the kind of movie that can lead to developing a type of cultural movement as the idea for more movies gain more and more ground. In fact since the 80s the popularity of Bollywood has been growing in leaps and bounds until finally generations around the world have grown up hearing about it and at the very least looking at movie trailers if not watching the movies themselves. Celebrities have done a great job as well in accepting and adapting to the culture, and Bollywood stars have even made the jump, or transition, from Bollywood to Hollywood and sometimes back and forth between the two. It’s an idea that has gained a lot of ground throughout the years and one that some believe is bound to be the number one contender to Hollywood at some point in the future. The only reason it doesn’t seem to be this way now is that despite the fact that Bollywood was established in 1913, six years before Hollywood was established, America has for many years strove to be the best and the most dominant in many industries. In the film industry this has proven to be one area where America has in fact made the biggest breakthroughs, though Bollywood has endured for quite some time as well.

Olangal is just one of many Bollywood films that has managed to help define what Bollywood is and to keep pushing the idea that it is every bit as good as any other film industry considering that it tells rich and engaging stories that cover the scope of real life and the real feelings and emotions that people undergo throughout their lives. It is very true that Bollywood can get wild and crazy just as Hollywood can, and some of its movies have proven this beyond a shadow of a doubt, but the rich and invigorating images and ideas that are shown concerning the culture are a welcome sight to moviegoers that want to see something different, something other than what they look at all the time in their own country.

In some ways it might seem as though Americans have managed to use cultural appropriation to take over certain aspects of Bollywood but thankfully it remains its own entity as it is most welcome and has actually seen great success in America in recent years as filmmakers are more open to the idea that Bollywood has much to offer. Whether it will remain as popular or become a much bigger contender remains to be seen, but the truth is that it is gaining ground and that movies such as Olangal deserve a lot of credit for having paved the way. It’s not so much to say that the movie was revolutionary in any way, but it is accurate to say that like many Hollywood films, Bollywood shows life from a different angle and grants us a better look into a different culture and lifestyle that we might never have known about had Bollywood not gone on the rise again.