Home
Television
How Loki Connects to Daredevil and Agents of S.H.I.E.L.D. 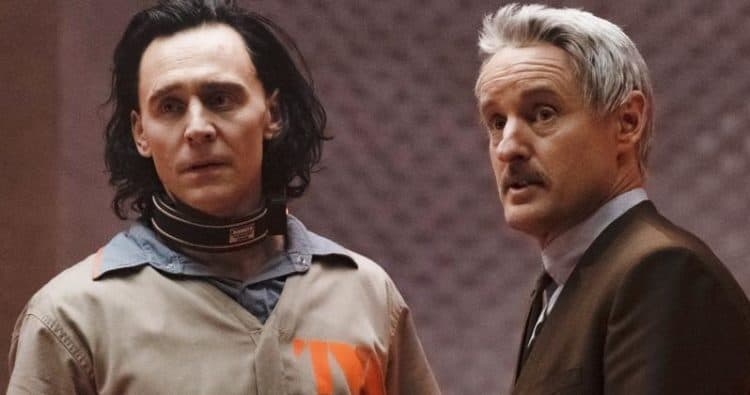 A lot of the connections that link so many MCU stories together are a bit redundant but it’s easy to believe that they’ve put in there to satisfy the diehards that want the continuity before their heads explode trying to figure out how A connects to 3 and then connects back to 9 to the third power Y. Yes, you read that correctly, because that’s how these links and references appear to many people that just want to watch the movies and shows and make the connections on their own or leave them to be undiscovered. The point is that it doesn’t take a genius to realize that there’s a link to all of the stories since they all fall under the MCU banner. Unlike DC, where standalone movies are the norm these days, apart from the Justice League and Suicide Squad, the MCU is all about integrating its stories so that they actually stand a chance of making sense together instead of forcing people to play catch-up all the time with the storylines. With the Time Variance Authority involved, however, timelines are now a tricky thing.

It might be interesting to wonder if the Roxxon/Roxxcart connection is going to continue to be played out in a peripheral manner as it has been across the Loki, Daredevil, and Agents of SHIELD shows, or if it might be brought closer to the main storyline. Right now with the Loki series, it’s hard to tell since the god of mischief and the TVA have been off hunting a Loki variant that’s turned out to be a female version of him that’s definitely devious and not enamored of her male counterpart in the least. The amount of planning that has gone into whatever she’s done has been initiated and it would appear that the Sacred Timeline is experiencing a massive crisis thanks to the devices that she’s sent back into various timelines to disrupt things even further. But what’s funny is that while the original Loki, as we know him, is intent on outsmarting the TVA eventually and forcing a meeting with the three beings in charge, the female version doesn’t appear to share those aspirations, as she might have something else in mind.

At this time it does feel as though all of this might be another set-up reminiscent of WandaVision, which made a lot of people believe that the X-Men were on their way, that Quicksilver was back, that Doctor Strange would be making a cameo appearance, and so on and so forth. In other words, it’s hard to trust anything the MCU is doing at the moment since the fans already feel as if they’ve been tricked, and they’re a lot more attentive, which would explain why the Roxxon connection is being brought up when all but the superfans, who likely go poring over every single shot in the show one they’ve seen it a few times, wouldn’t even think twice about it. That does sound pretty cynical, but everyone has their own way of paying attention to the shows and movies that the MCU has produced over the years, and while some folks just want to have fun with it, others will actively analyze each and every little thing that looks like it could be something that was placed on purpose for them to notice. That almost takes the fun out of it for some folks, but as I said, everyone has their different way of enjoying the show.

So far the Loki series has been a lot to keep up with, especially since it’s only two episodes in, but there’s been such a wide assortment of information and facts coming at the audience that it’s not hard to see how some folks might be a little confused about the various connections that do exist. Some of them are mired pretty deeply in the MCU’s past, since the idea of Roxxon has been around since the 70s at least, meaning that the MCU is really mining for material to use in order to keep everything connected and to keep the continuity errors to a minimum, hopefully. But one thing that anyone should be able to remember is that from Loki to Daredevil to the Avengers, the entire MCU IS connected in one way or another.

Opening up the multiverse is going to create a lot of new experiences that might feel like a headache coming on since there will be plenty of new stories to absorb. But if enriches the landscape and gives us more to work with in terms of heroes and villains, then bring it on. After all, a lot of fans have been wanting to see more and more recognizable characters make their way onto one screen or another for several years now. Loki appears primed and ready to at least tease the arrival of a few individuals.