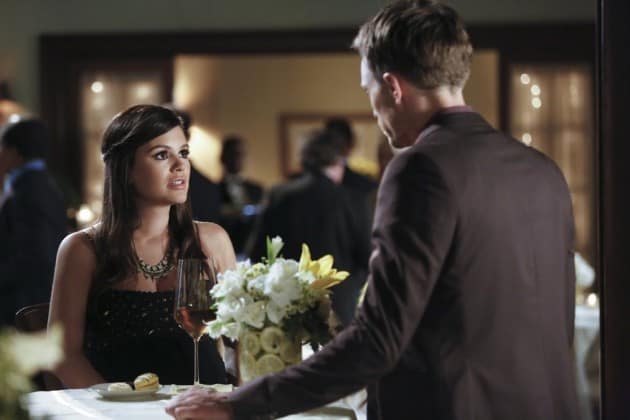 After four seasons, Hart of Dixie gave all of its characters the happy endings they all so rightfully deserve.  We’ve seen Zoe, Wade, George, Lavon, Lemon, Annabeth, and Brick through their fair share of ups and downs.  This season finale could very well serve as the series finale if The CW chooses not to renew for the show for Season 5, yet I think everyone would agree that this was the perfect way to go out.  If any tears were shed, they were only happy tears because Bluebell really became a home away from home.  Everything about this finale was perfect, right down to the episode title of “Bluebell,” paying homage to all the excellent recurring characters that made this small town so lovable.

Of course, Zoe Hart’s arrival in Bluebell sparked a series of events that would change everyone’s lives.  If she had never moved there, George and Lemon would probably be stuck in a loveless marriage, Wade would be an eternal bachelor, and Lavon would’ve pined after Lemon forever.  It’s funny then that in this finale the writers introduced three key new people in town: a doctor, lawyer, and bartender.  Autumn Reeser played Olivia, the New York lawyer that George convinced to move to Bluebell for a year while he gave his music management skills a chance in Nashville.  As a fan of The O.C., I was happy to see Rachel and Autumn back on screen together, if only for a few minutes.  (If I had to choose any other O.C. member to guest star on Hart of Dixie though, you better believe I’d have killed to see Adam Brody!)  Over the course of the episode, Zoe noticed the love triangle sparking between the new lawyer/doctor/bartender, mirroring her predicament almost exactly since the love triangle between herself/George/Wade is what dominated much of Season 1.

Thankfully, that particular love triangle hasn’t been an issue for years now.  Zoe and Wade are all but officially married.  That all changes after her water breaks, and in the midst of virtually everyone in Bluebell crammed into her hospital room, Zoe decides she can’t wait any longer to marry Wade.  Talk about 0 to 100!  She’s fully dilated and still insists on saying their vows as she’s rushed down to the delivery room.  However unrealistic the circumstances, it worked with the time constraints of a shorter season.  The only unsolved mystery of the entire finale is the fact that their son’s name is still unknown, which I have a feeling could have been an episode premise if we were granted just a couple more episodes.

Lavon and Lemon’s love story was appropriately handled, with Lavon ultimately confessing the truth of their surprise proposal.  At their engagement party, he was pressed to tell everyone the story of how he proposed, but he felt he had to be honest with Lemon about the fact that it was really Zoe’s set up for Wade.  Lemon reacted by going to the Rammer Jammer with her lady friends, which was a hilarious scene.  They were all bashing the men in their lives, Annabeth especially ranting about George.  Long story short, Lemon and Lavon will live happily ever after because we saw their wedding included in the musical montage that closed out the hour.

This leaves George and Annabeth as the last couple to sort out their issues.  He’s already been living in Nashville for a couple weeks and the distance is already becoming a problem.  They miss each other. but they both do still have their own career dreams to chase.  George insinuated that AB could easily move to Nashville since there’s nursing schools anywhere, but I’m Team AB on this.  She proposed they actually break up when he said that, but because they’re in love with each other, she ends up moving there anyway.  On one hand, I’m a little disappointed that she gave in that easily after making it known how her whole life is in Bluebell.  George and AB were a very late pairing in the show, but they make the most sense in retrospect.

Love, particularly romantic love, was a huge part of Hart of Dixie.  Ending the season/series with everyone coupled off definitely felt a little unnatural but somehow it only added to the overarching theme of love and family.  The musical number that started with the introduction of Baby Hart-Kinsella ran for almost the whole last five minutes of the finale.  It was so surprising and super cheesy in the best possible way.  Everyone from this charmingly quirky fictional town was included, even if they’re not the best of singers.  Above all, it felt like a love letter from the heart of the cast and crew to all of fans.  I will miss everything about Bluebell, but if this was indeed the series finale, it was perfect.  Long live the Hart!

-”I literally cried myself to sleep in my parents’ basement knowing I wasn’t invited to Lemon’s last engagement party.” -Tom, showing how even his character evolved since Season 1!

-”I would be honored to share my thunder with you.” -Lemon to Wade, when he was trying to gauge how mad she’d be if he proposed to Zoe at her engagement party.

-Zoe: “Do you think all small towns are like this one?”

Wade: “I’d like to think so but something tells me probably not.  I know I love ours.”

What did you think of this season/series finale? 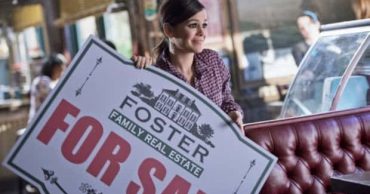 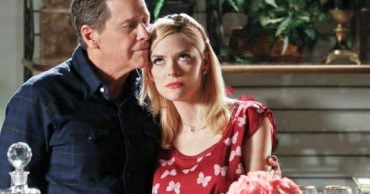 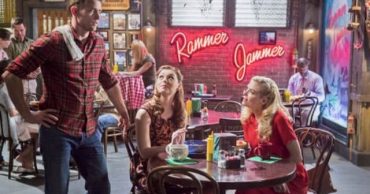 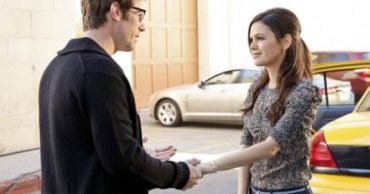 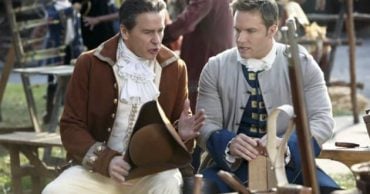 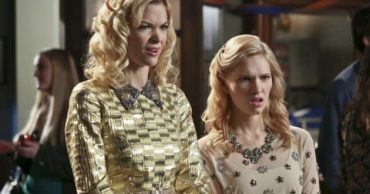