Home
Entertainment
What is Happening to Jay Leno? 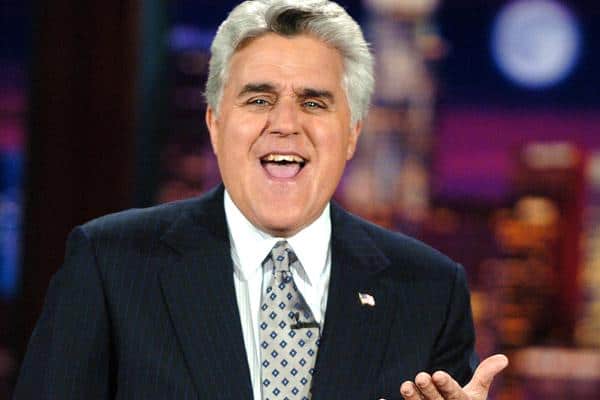 If you want to know what’s going on with Jay Leno the answer is pretty simple. Jay Leno IS what’s going on with Jay Leno. Do you need clarification? He’s all about himself really when it comes to his success and what people think about it. He doesn’t seem to need to accolades, the cheers, the laughs, or any of it. He enjoys what he’s doing because he can do it and because he’s doing it. In his estimation if you’re on then you’re winning, and in his way of thinking he’s still very on. You could argue with the man that people don’t really care about what he’s doing any longer but he’d likely shrug and tell you that it doesn’t matter. He likes what he’s doing and that’s what matters. Such an attitude might grind on some people but in truth it seems as though he’s pretty happy with his life and that’s really all that matters to him. You can’t really fault that to be honest.

When it comes to being Jay Leno no one has ever done it better than the man himself.

He’s been kind of a jerk during his career but at least he was an honest jerk.

Jay was never out to spare anyone’s feelings. He was going to tell people what he thought and he was going to get to the top any way he could. He was the business-minded individual that knew how to schmooze with the right people and get into the right crowds at the right time. He didn’t have to be nice to everyone to get them to like him since he was a great comedian. He got them to laugh, that was his job. As a talk-show host he wasn’t the best that had ever sat behind a desk but again, he didn’t have to be. Just making people watch because he was funny was enough since his ratings went up in a way that a lot of other talk show hosts couldn’t quite match.

He went toe to toe with other talk show hosts and it didn’t seem to faze him.

Whether there was bad blood backstage or not the things that other hosts said to him in an effort to attack his person, his show, or anything else didn’t seem to ever stick. One could say that he’s too much of a narcissist to really pay much attention or they could say that he’s just arrogant enough to let stuff like that slide, but the truth seems to be that Jay just doesn’t care what they say. He’s going to do what he wants to do, just as he’s always done, and let the words of everyone else, detractor and fan, fall by the wayside when what he does gets results. In fact that seems to be the only thing that ever hurts Leno is when things haven’t gone the way he needed them to. Everything else was considered as a byproduct and not to be taken seriously until it needed to be addressed. Conan, Jimmy Kimmel, and even David Letterman weren’t much to him when it came to competition since his show tended to blow them all away when it came to ratings, at least for a while. Even when he was out of the game he still didn’t sweat either man since quite honestly he’s been considered such a start for so long that his reputation is just about bulletproof.

He was the safest choice for the Carson job.

When it came right down to it David Letterman was the hip guy that had a lot of new ideas and didn’t seem to fit the mold quite as well as Leno did when the time to replace Carson came around. Leno was the one that was groomed for it and presented the safest and swiftest transition for the network and the fewest challenges. But he was also the guy that came in and was ready to duel with anyone that crossed his line of sight since he is and almost always has been kind of an egotist that doesn’t have any qualms about making this known to anyone who doesn’t know that much about him. His sparring with guests and the awkward conversations he’s had over the years are just a part of the show that people came to expect since it’s Jay, he was expected to be that way and he never change that dynamic from the first day to the last. In fact he helped to revolutionize what a talk show host was all about.

If you want to criticize him at his point in his life there’s a good chance that Jay would just shrug his shoulders and tell you to take a number. He’s dealt with some of the harshest critics in the world and come out smelling like roses, or at least that’s what he says. If that didn’t faze him throughout his career it’s not likely that anything will at this point.