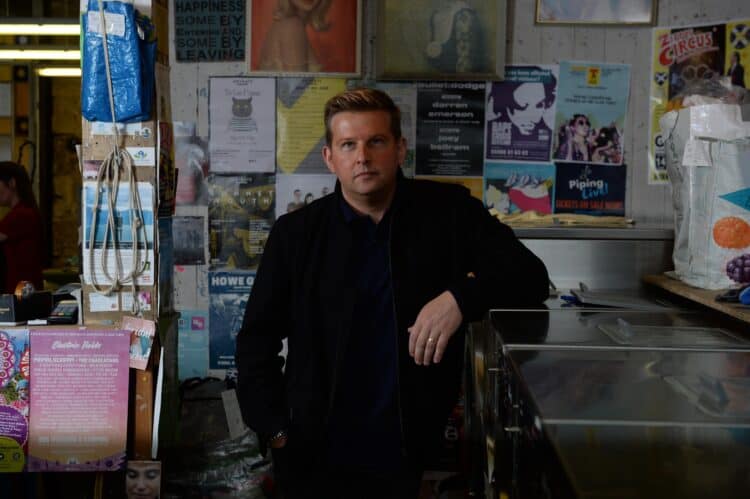 Born and raised in Scotland, Greg McHugh has been acting professionally for the last 20 years. While it’s true that his journey hasn’t always been easy, he’s still managed to survive in an industry where very few people are able to build careers. Even though is more well-known in the UK, many Americans will recognize him from things like Fresh Meat and A Discovery of Witches. Greg’s versatility has opened up lots of doors for him and he never fails to put on a good show. Greg doesn’t appear to have any new projects in the works at the moment, but we feel pretty confident that we’ll be seeing a lot more of him in the years to come. Keep reading to learn 10 things you didn’t know about Greg McHugh.

We weren’t able to find any details on how Greg fell in love with acting, but we do know that it’s something he’s taken seriously for a good chunk of his life. After studying business at the University of Stirling, he went on to study acting at the Royal Scottish Academy of Music and Drama. Some of the school’s alumni include James McAvoy and Richard Madden.

Greg has spent most of his career acting, but that isn’t the only part of the storytelling process he’s enjoyed. He also loves to write and he made his screenwriting debut in 2006 with a TV movie called Tank Commander. Since then, he has also gotten several other screenwriting credits.

3. He’s A Husband and Father

Even though Greg has devoted lots of time and energy to his career, that hasn’t come at the expense of his personal life. He and his wife, Katie McHugh, have two children together. When Greg isn’t busy with work, he looks forward to spending as much time with his family as he can.

Life has lots of ups and downs, and it can be difficult not to let the tough times take you off track. However, no matter what kinds of things Greg has had to deal with, he always does his best to keep a positive outlook on life. This kind of mindset has probably come in very handy in an industry where disappointment occurs on a regular basis.

We already know that Greg is a star when he’s in front of the camera, but did you know that he also knows how to shine when he’s behind it. His Instagram profile shows that he really enjoys taking pictures and he has a great eye for capturing beautiful moments.

While it doesn’t appear that Greg has a background in playing sports, we do know that he is a fan of them. Like countless other people across the world, Greg really enjoys watching soccer. Unfortunately, we weren’t able to find any details on his favorite team.

7. He Enjoys Spending Time Outside

Just because Greg has spent a good portion of his life in the entertainment industry doesn’t mean he only likes red carpets and flashing lights. He is the kind of person who enjoys the simple things in life and that includes being out in nature. He loves enjoying his surroundings by doing things like walking and hiking. Being outdoors also gives him lots of opportunities to take pictures.

Remember when I said that Greg is versatile? That definitely wasn’t an exaggeration. On top of everything else he’s done, Greg has also done a good amount of voice work in his career. Even though it’s been a while since he’s gotten a voice credit, there’s a good chance he’ll take on more voice projects in the future.

On-screen opportunities tend to come with more notoriety and money than theater productions, but there’s something about the stage that lots of actors simply can’t resist. Greg has always loved the stage and he has continued to do plays even though his on-screen career has flourished. Most recently, he was in a production of Snow White and the Seven Dwarfs at SSE Hydro.

10. He Enjoys Interacting With Fans

Greg is thankful for everyone who has shown him love and support throughout his career, and he likes to return the favor whenever he gets the chance. He is fairly active on Twitter and he likes using the platform to connect with his fans. It’s pretty common to see him responding to questions and comments and starting conversations.