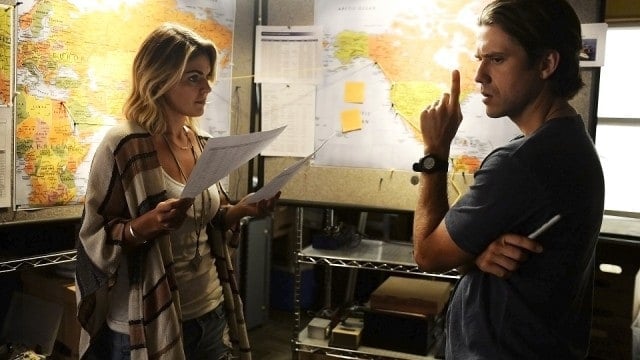 The end is near, and Graceland isn’t slowing down. If anything, storylines were kicked into a higher gear during “The Wires,” an episode so thrilling and so, um, Graceland, that it reminded of us (or at least me) of why we’ve remained loyal to the show. The USA Network series has always heavily relied on its characters’ development, and it’s all pretty flawless in this hour. From the agents, who we’ve supported and  judged, to the villains we hate to love and love to hate, it has been the players who’ve had our hearts racing and in pieces, while our brains were tested time and again.  “The Wires” has all of that. And then some.

After taking a beating from the Soto boys, Johnny is helped by Theresa, Javi’s mom, who reveals herself as the head of the gang. The woman, who acts maternally towards Johnny, welcomes him to the gang and gives a speech about boys needing a home, which is mostly creepy.

At Graceland, Charlie and Jakes work the specifics of their operation. Jakes’s role in Germaine’s takedown has increased, and now he’ll be in charge of all the laundered money, a detail that excites Briggs, who counts on the cash for an eventual exit. Mike, who is back full throttle (we’ve missed you paranoid Agent Warren!) picks up on that and questions why Paul is trying to get involved in the case, but he is interrupted by a bloody Johnny entering the house.

Cut to Pike, plus Briggs, at the bathroom, patching Johnny up. He is now under with the Soto gang, but Briggs deems it too dangerous. Johnny insists that he already took a beating and wishes to stay on the mission. Briggs concedes, raising another red flag for Mike, who’s been diligent at reading the mastermind that Paul is. Warren senses Briggs let Johnny think that riding with the Soto gang is his idea, like he used reverse psychology allowing Mike to believe that leaving the sarin gas with Gusti was his call. Paige and Johnny call Mike a conspiracy theorist, in spite of Agent Blue Eyes flashing hard evidence (the flyer with the birds) that Paul has been a puppet master all along.

Instead of following birds, Mike tracks the shipping routes that led the gas to Gusti. His effort is impressive but hits a dead end. However, Paige helps him make sense of his own theory. As said in my previous review, there’s a reminiscence to the end of Graceland‘s first season, where Mike is trying to convince Paige that Briggs is more than just a stellar FBI asset, and possibly the enemy. Given the baggage between Paige and Mike, who took their relationship to the bedroom and almost to the grave, their collab feels refreshing.  That said, Mike’s surprise at Paige saying “What do WE have so far?” was endearing. Aaron Tveit and Serinda Swan’s chemistry is palpable, even in the quietest of moments.

Back to Johnny, Javi drives him to a Soto outdoor affair that involves carnitas and business. Bonding with Theresa, the FBI agent, who has developed a solid backstory for his cover character, Jose, gathers vital intel. The woman lost a son to a gang war when her husband was in charge of Soto Street. Her taking charge has kept hot-headed Javi alive. The lady boss is set to end the bad blood with the Sarkissian and simply calls Tevan for a truce. However, she blames Eva for the dispute and, without blinking, orders her son to behead his lover.

Meanwhile, Briggs is hanging with Ari, who fakes tears and practices a speech for Tevan’s funeral when Marcum shows up and announces the end of the feud with the Sotos, which poses a problem for Briggs. However, when Johnny informs him that Eva will be executed, Paul finds the match to reignite the war. He convinces Ari to face Javi, which results in Eva running away and Javi sans his head.

After getting no intel from Gusti, Mike and Paige cannot prove that Briggs has been moving the gas, yet when Johnny reminds them about a meeting Paul had with the Caza cartel, Mike is able to elaborate another theory about a new potential route that the agent might have taken. With this new line of investigation, Pike is on the move to Santa Barbara.

Unaware of the cat and mouse chase happening in California, Charlie and Jakes are in Florida, where they set up a fake bank in order to give Jake’s undercover persona credibility and as an attempt to steal Germaine’s biggest client. With the big fish in DJ’s net, Germaine wouldn’t be useful to ATF, which would mean Charlie could put him in jail. It’s a great plan, and I will say this again, Charlie and Jakes together makes for a dynamic duo.

Dale and Germaine meet Paolo, the aforementioned big fish. In order to create a distraction, Charlie takes Germaine into custody, giving Jakes time alone with Paolo. The pouching is to happen during that window, but DJ risks the operation for a beat when he is spellbound by Courtney, a lawyer with whom he has a flirty war of wits. Since he is Jakes, he manages to give Courtney his digits, and to sweet talk Paolo into jumping ship. Later on, Paolo sees Jakes at the “bank” and agrees to a deal, which is enough for Charlie to prove ATF that they no longer need their middleman. She even gets to tell Germaine; however, her win doesn’t make up for the miscarriage. Vanessa Ferlito stuns with her performance. Charlie’s arc has been perfect for Ferlito to showcase her talent, while simultaneously addressing the vital issue regarding not only mothers in task-forces, but working moms in general.

Back to Pike, the duo is in Santa Barbara inspecting footage and trying to nail Briggs, which they do: a security camera caught Paul in possession of the gas. It’s a bittersweet moment. Mike was right, and Paige’s instincts to help him were dead-on (like in Season 1), but it’s a hard truth to swallow. Briggs has officially graduated to terrorist.

Just when Mike and Paige are about to get back, Johnny calls: the Soto gang plans to avenge Javi’s death at Tevan’s funeral, like Briggs wanted. Quick on his feet, Mike asks Johnny if the Soto members have the sarin, which it looks like they do. Johnny doesn’t blow his cover and jumps in a van with the Sotos. It’s war. Again.

“The Wires” was one of the best episodes of Graceland Season 3. There was tension, plots advanced, and the characters continued to be fleshed out. Even newly-introduced Theresa was efficiently employed, while Courtney was love at first frame. That stated, we know she won’t be just a love interest for Jake, so either she IS trouble or she will get in trouble. This is Graceland, after all. 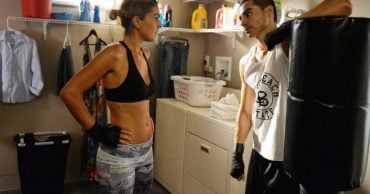 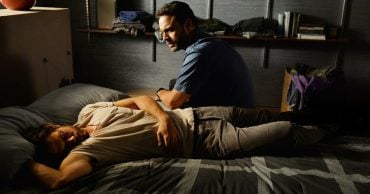 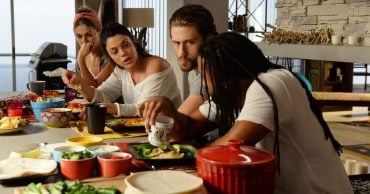 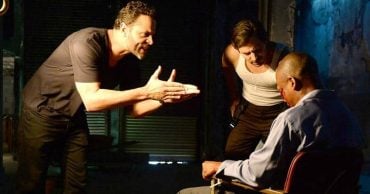 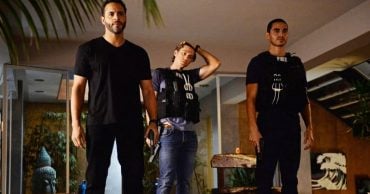 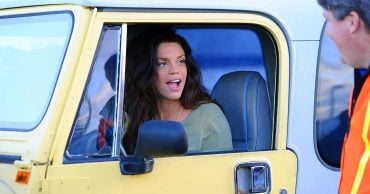