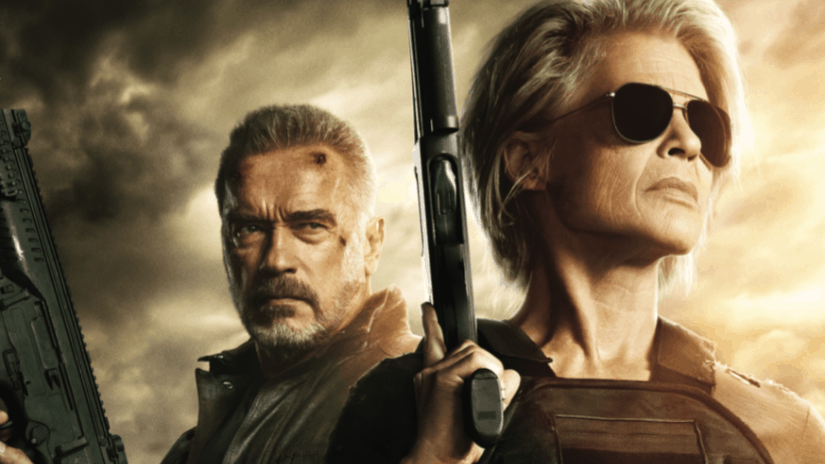 Just in case you were wondering, there WILL be spoilers. With as great as we were hoping Terminator: Dark Fate would be, it would seem that we got faked out once again by the creator and were offered a strange amalgamation of the past movies as the cherry-picking must have been happening behind the scenes for no one to pick it up until now. When you realize that it was right in front of us the whole time however you might feel the need to face-palm yourself and wonder just how you missed it. The box office numbers aren’t going to matter on this one even if the movie kills it or flops since the wheels seem to be spinning but aren’t hitting the concrete at this point with the Terminator franchise, at least not in the manner that we would have thought might occur. There are plenty of people that might disagree with me and state that this movie was better than some might think, but the truth of it is that the Terminator team seems to have run out of truly innovative ideas since time travel has become a quick and easy dodge when it comes to real storytelling. Oh yes, I said it, a virtual nobody is actively criticizing a franchise that’s been around for decades, and I’m not even sorry at this point. Robert Yaniz Jr. of the CheatSheet has more to say on this subject.

So why put this movie on blast? Well there are a few reasons. One is that we were given the idea that John Connor might be coming back, only to lose him early on in the movie as another T-800 comes back and kills him in front of his mother no less. With his mission completed finally, the T-800 subsequently disappears and somehow learns how to integrate with humanity and becomes a family man. From that point on however Sarah Connor goes back to her badass ways and actively hunts terminators since it’s obvious that they’ll keep coming considering that stopping Skynet wasn’t enough as Grace explains that another AI named Legion is now in control of the future and is looking to exterminate humanity in the same manner. Obviously Legion isn’t any better at this than Skynet, as it has to send back the Rev-9, which is kind of like the terminator from part 3 and part 2 combined but without much of the scare factor since it’s just building upon what’s already been seen. Yawning yet?

Grace comes back to save the next savior in line, an Hispanic girly-girl named Dani that initially wants nothing to do with her supposed future, but by the end of the movie has established that she’s ready to stand and fight despite not being able to hold a gun that’s nearly as big as she is. Grace confirms that it was Dani who was responsible for making her who she was, and that she chose to fight as well. In a way Grace is an enhanced, female version of Kyle Reese, and her status as part human and part machine is akin to that of Marcus from Terminator: Salvation. If your eyes aren’t rolling by this point just think of it this way, we can no longer have a white male savior, women are basically the future as they have effectively dropped the damsel in distress tripe that, honestly, Sarah Connor dumped in the first movie, and have become the saviors. It’s not a bad thing to see a female cast that can kick some serious ass, but sacrificing a working franchise to make such a statement is kind of hard to accept and even harder to not notice. It’s been stated that Mackenzie Davis might intimidate a lot of fanboys with how badass she seems in this movie, but in truth it’s more likely that her presence doesn’t madden anyone so much as annoy people since it’s the same story once again as the first movie, with the option to pick out various elements from the other movies, that are no longer canon, to use as is seen fit. And the whole thing with John? That was a pretty cheap move to be honest, especially when people had been all hot and bothered to see the original savior of the human race make his way back into the franchise.

In all honesty the hopes for this movie were pretty high, and at this point it’s hard to see why Arnold even came back as Simran Hans of The Guardian might agree. He wasn’t seen until nearly an hour into the movie and even then his character is hard to believe and even harder to accept when slammed together with the female cast. All in all this movie might be enjoyed by a lot of people that are wanting to see stronger female characters in their movies, but honestly it could have come up with a different idea this time around, as a lot of this just seems like lazy writing.