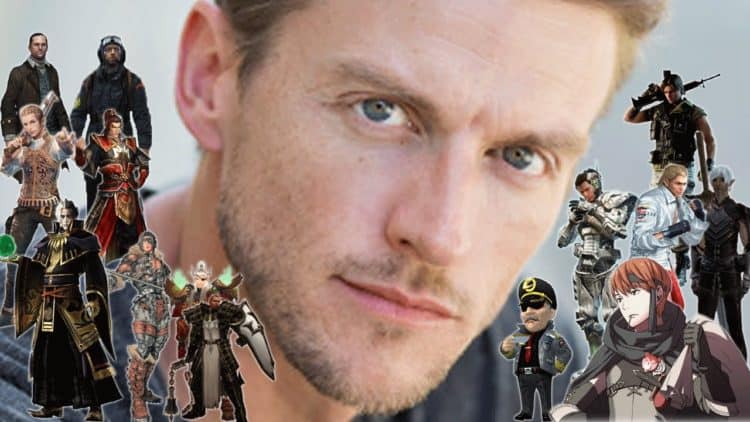 Just when you think you’ve pegged so many different personalities in Hollywood another one crops up and reminds you that there’s always someone else to be found. Gideon Emery is kind of an interesting character as he’s not so bound by his acting skills and has done several other things with his career as well. He might not be all that well known by some that don’t follow shows like Teen Wolf and that don’t get into video game characters, but for those that follow these kind of things he’s a person that has gained a lot of respect and rightfully so. Looking back at his life he does seem like he’s been a driven person and it seems safe to say that his ambition has been great enough to carry him forward into the career he’s assumed at this time, allowing him to step fully into the life that he now uses to increase his reputation.

10. He’s been awarded for his voice-over skills.

Just keep in mind that voice actors are in fact real actors, they just don’t get their face on the screen as much, if ever. But their talent is still very apparent since it does take something to create the voice of an animated character and have it sound as though it belongs there.

He’s done a bit of stage acting in his career, enough to make mention of, and it’s no doubt another reason why he seems like such a sophisticated person. A lot of people will find their comfort zone and stay there, while others will try at least a little more of what life has to offer in an attempt to see if they’re missing anything, or because they want to fill every moment with a new experience.

8. He has an honors degree in dramatic art.

So honestly he does have an impressive background to come from and a lot of knowledge to draw from when it comes to his career. It’s kind of nice to see actors from every venue taking the time to get their education before moving forward.

7. He’s been in commercials.

When it comes to media Gideon’s been kind of all over the map as he’s done just about everything to push his reputation an keep his career moving in a positive manner. Being in commercials is just another way to get his face out there and make people realize who he is.

Even when guys grow up there’s still something of the boy in them that yearns to be let out every now and again, and video games are something that the generations born into the 80s and later tend to find comforting sometimes since we did happen to find them relaxing at one point or another.

This is not the same Teen Wolf that we grew up with starring Michael J. Fox or Jason Bateman. This show is wild, raw, and definitely out of control, but it gained a fanbase that was pretty impressive to say the least. Plus the werewolves it featured were just out of this world nuts.

4. He started out doing voice-overs while still in school.

So honestly it’s not that he just jumped into the business when he was done with school, he actually had some experience with it by the time he graduated and therefore knew what he was doing. That’s a smart thing to do honestly, it gets a person a few steps ahead and makes things a lot easier sometimes.

3. He’s usually cast as a villain.

After listening to the clip above it seems pretty fitting that he’d be cast as the villain as he has the voice for it and no doubt can act downright sinister when he wants to. Villains can be a hard or easy role to accomplish depending on the individual, but if one is simply built for it and has the look and the voice then it seems to come natural.

It’s easy to either envy or hate someone that’s got so much talent but it’s so much better to look at them and figure that they’ve worked for a great deal of it and were blessed enough to be given the rest. Some of us just have to work harder, that’s how life goes.

1. He’s been in several shows as a guest star.

Gideon hasn’t been lax in his career as he’s been keeping up with his appearances and showing himself in various TV shows and here and there whenever possible. His voice credits have grown as well throughout the years since he started out.

He’s definitely an interesting character, maybe we’ll see more of him in the years to come.