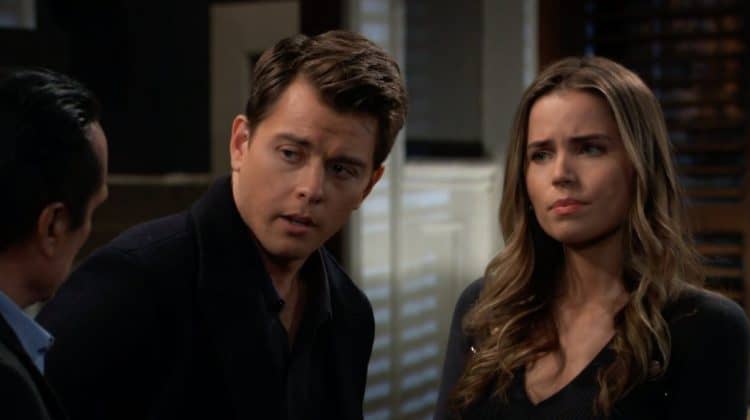 General Hospital fans know you cannot spend much time in Port Charles without turning your life around almost completely. There is nothing you can do to stop things from happening here that take people from their loved ones, that change the game for others, and that make things worse than they need to be. But, we also know that there is very little we can do to help with things like that. There are people here who are always looking out for number one, and there are good people here who mistakenly think that they can take care of things better than other people. This causes them to lie, to keep secrets, to change things that aren’t meant to be, and to cause bigger problems than not. These are some big betrayals.

Everyone loves Liz, and we always have. But, that doesn’t mean that we were very happy with her that one time when she was keeping some big secrets. She was a woman who knew that a man who showed up and didn’t know who he was could be Jason Morgan with a new face. She knew this, but she did nothing about it when she found out. She knew that he was struggling to remember who he was and why he was here and what was going on in his life, and she knew that he was Jason. She knew that he had a one true love at home, that he had kids and a family and friends, and that he was someone who was missing all the best parts of himself, but she didn’t tell him. She thought it might be better if he did not know the truth, but it did end up hurting him more than anything else.

When Michael Ignored His Parents

When Nelle came into town the first time, she pretended like she slept with Sonny, she outed him as a cheater, and she tried to get him and Carly to divorce. She caused family feuds, and then she became very close with Michael. He knew that this was happening, but he liked her a lot. His parents warned him. They told him that she was not who she said she was, that she was not a good person, and that she was looking to hurt their family. She was using him. While we think that is true, we also think she really did fall for him and want to be with him when things went south, and that meant that she had to get rid of his mother. Even when she found out that they were not the people to blame for what happened in her life, she went out of her way to make it seem like Carly tried to kill her and the baby she was carrying. He later learned she lied, then she pretended their baby died in the accident they were in together when she actually gave that baby to Brad when his own baby died, and now she’s lying about it again. His belief in her over his own family was a huge problem.

Ava and All of Kiki’s Boyfriends

Basically, we just think all she did to her daughter was the worst. She slept with most of her boyfriends. She dated them behind her back. She did things that we can only consider horrible and awful and just no good, and she wasn’t even that sorry about it. She first decided that she would sleep with Morgan. Not the first time, but the second. When they were together the second time, he slept with her mother, and her mother was cool with it. Then she did the same thing to her daughter when she was dating another man who was the doctor her daughter began seeing after Morgan died. It was all ugly, and Ava is not a good person. She eventually started seeing a married man, knowing he was married to Laura, who ended up being the evil twin of Laura’s husband, and he killed her daughter. She did learn a very hard lesson that way, but it was too late at that point. She can’t go back.