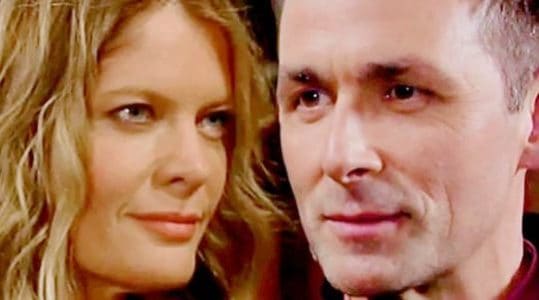 General Hospital fans are currently hoping that they can figure something out with Valentin and Nina. They are the kind of couple we can’t make our minds up about. At first we didn’t like them, then we did, then we were all like he should totally be with Anna and then we were not and now we want to see him and Nina work things out. But what do you want? We all want to see some happiness around these parts, but we have a reason to believe that Valentin might not be entirely honest.

He’s putting forth a lot of work right now to make this marriage work for them, but we don’t know if it’s genuine work. Does he mean it, or is there something that she can do for him if she’s only happy enough to do it? He wants his daughter back, of course, and no court is going to give him what he wants without his life in order. Is this his desperate plea to get her to stick around so he can have his daughter?

Would he really do that so he could have Charlotte back? The girl does like Nina, and Nina does love her, so there is a chance he might be using her. But there is also a chance he might really want to be with her. Who really even knows at this point? We don’t know for certain, but we know he wants desperately to make this marriage work all of a sudden. And that’s something we find suspicious.