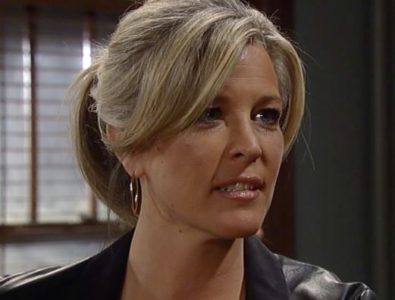 General Hospital fans know Carly is struggling with Josslyn right now, but what can she do about it? Her daughter is angry with her because of her marriage to Sonny and the fact that Carly no longer wants to destroy him. They’re friends. They’re still married, getting divorced, and working on things so they’re all amicable throughout the process, but Joss won’t let this happen. She’s furious, and she’s acting out in a big way. There’s nothing Sonny can do about it, though.

It’s up to Carly, and she’s not exactly in a position to tell her daughter what to do or expect anything of her. We wonder if perhaps she will reach out to her son, Joss’ brother, Michael for a little help. Of course, that means Carly has to do some mind-changing of her own. She’s going to need to spend some time doing whatever she can do to get things in order in her own life. She’s not going to have things go her way, and she’s not going to be able to hate Nelle forever if she’s asking her daughter to stop doing the same thing to Sonny.

This might be a beginning to an end. Will Carly learn to let her animosity and anger for Nelle go as Michael is in love with her, or will there be a moment in which they are unable to do that? If she can’t, she can’t ask Joss to the same for Sonny. She’s got changes to make.