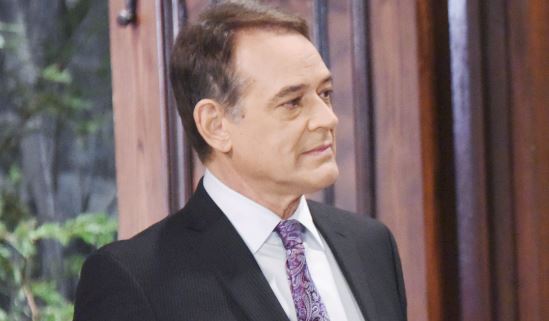 Sometimes you get a little good news on General Hospital, and it’s that a person was brought back from the dead. They were gone, long gone, and now they are back. They weren’t coming back at all. Things weren’t good when they were gone, but they were brought back. And now we get to see things change for the better — or the worst — when someone comes back from the dead. It’s always fun to see things like this happen, and we can make the most of it by looking back at some of our favorite returned from the dead characters. We loved seeing them come back, and we are so excited to see who might be returning next.

Do you remember when she was killed by Luke and then all kinds of things turned out? She was dead, and she was still making everyone miserable from her place in the ground, but that’s all well and good. She’s good at that no matter what she does. She wasn’t, however, really dead. There was a good chance she would come back, and she did just that. She’s a woman who had to make her situation what it was, and she had to get her life together. She’s been able to make that happen more than others, and most of that was because when Luke shot her, she did not die. She came back from the grave, and she made everyone miserable from that experience.

So far, she seems dead again. She’s not back, though there have been rumors she might come back at some point over the years. She could, still, but we don’t know. All we do know is that she definitely does make us happy when she comes back from the dead because she always brings the heat and the drama.

We all remember when he was dead because his character was gone and announced dead. But then he was back, played by a different face and back in town to cause more problems. He had a problem with his life for many years, and we aren’t all that upset he’s not around anymore. We did like it when he came back, though, because he managed to prove to us that people really don’t change. They don’t make a difference in terms of what their lives are like in some ways, but they can sometimes make it seem as if they have a lot more to offer if they come back.

Oh, but which time? Well, the first time when Billy Miller joined the show and it was realized that he was not dead. It was a wonderful moment for so many people who were afraid he’d died and gone for good. And then he was back. He was a John Doe, but he does like to come back in that manner, doesn’t he? He likes to come back and make sure he’s unrecognizable to people. It’s kind of what he does for fun and for those around him, and we are all right with that. But the point is that he was back, and he was quick to get back to his regularly scheduled programming. We were all horrified and upset when he didn’t live for a time, but getting back to his marriage was everything.

He’s had some big changes to make in his life since coming back. We imagine, for instance, that it was hard for him to reconcile the fact that he was a different person when he came back. Remember when he came back as Jason but with a new face, and then Jason came back with his old face and it was realized that the new Jason was really the real Jason and the former Jason was actually his twin brother he didn’t know he had? Now he’s Drew, so that’s a big change. We all appreciated when Jason came back from the dead, and we appreciated even more when he came back from the dead when we didn’t know he was dead or even missing or even someone else. It was a truly wonderful story line in every manner of speaking.