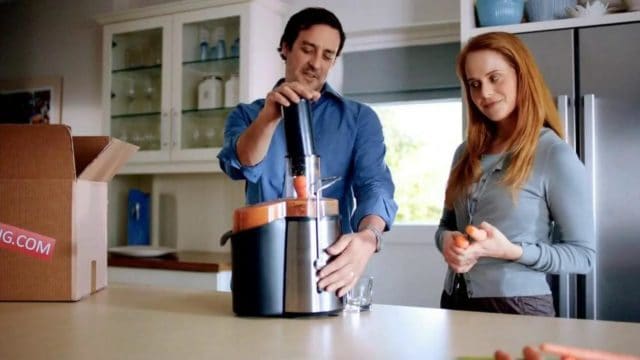 If you’re ready to say goodbye to food and be passing nothing but water for days on end then you’re ready for the juice cleanse. Why waste all that time chewing your food when you can drink it and save yourself precious minutes by being able to suck it through a straw or just drink your meal on the go? With the juice cleanse you can detoxify your body and let all those nasty poisons filter out of your system by confining yourself to wholesome juices and natural substances that have nothing added and no harmful chemicals that could really ruin your day and your body. So who’s ready?

Sigh. Sadly a lot of people think this is okay. You don’t want to put on the calories? Eat less. You don’t want to suffer from the chemicals and additives? Pay attention to what you eat. But the trick of it all is that you still have to eat. The human body was designed with the specific purpose of having to actually ingest food in order to survive. What’s taken from our food are vital nutrients that help the body to grow, replenish itself, and stimulate other functions that are just as necessary. The moment a person goes on an all-liquid diet, which is not recommended unless a doctor says so, then there might be a few problems that you don’t want to think about that could possibly crop up.

For one you’re going to be rushing to the bathroom constantly to relieve yourself of the excess fluid that you’re pumping into your body in order to push out the toxins that you’ve consumed. Here’s an interesting fact though, your liver and your kidneys both serve that same function, so your body is continuously detoxing even when you’re consuming foods that aren’t all that good for you. Really, pushing nothing but fluid through your body is not a good way to go about detoxing since all you’re really doing is doubling down on a process that your body already goes through on its own. Anyone ever hear the saying that a pond that’s too pure has no fish? Well a body that’s a sacred temple can’t process what it needs to, if that makes any sense.

It means that the moment your diet starts to consist of food again your system might actually go into a type of miniature shock as it tries to figure out what to do with this solid material that it hasn’t been asked to deal with in a while. You know the feeling you get when you’ve been out of work for so long and suddenly are asked to work two or three times harder than usual? Yeah, that’s the feeling your body goes through after juicing and then being introduced to solid foods again.

Plus, the euphoric feeling you might get after a while isn’t the sensation of your body being pure, it’s called starvation. If you seem to be thinking that it’s because you’ve reached a higher state of thinking then you might want to roll the dice and feast on a burger, because honestly that’s your body doing it’s best to keep you from going into shock from consuming so few calories.

Humans were designed to EAT, not just drink.