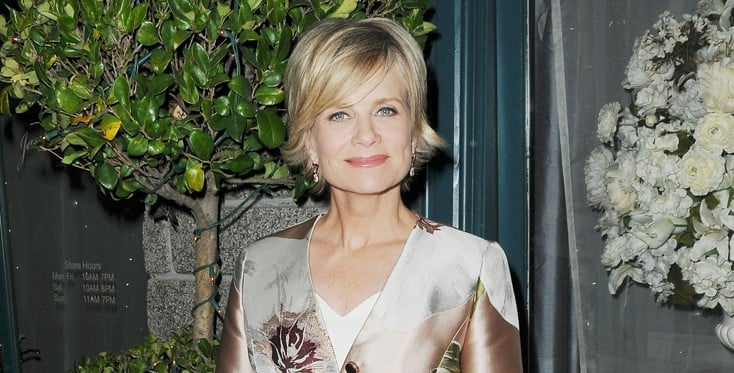 Days of Our Lives fans are currently in the middle of watching poor Kayla go through the ringer. Her life has been turned upside down and around nonstop in the past few weeks. First, she finds new love with a man who lost his wife just days after their wedding. Then they move in together. Then they find out that his wife was not killed by who they thought she was killed by, but by someone else. Then her husband shows up out of prison where he was slated to spend the rest of his life and now he’s taking her on a wild goose chase and using her only to reveal to her that he is not Steve, he is Stefano and he’s using everyone to get what he wants. She’s a mess, but we can say that we see that Mary Beth Evans is killing her role right now. So, let’s get to know a little more about her.

She’s not the First Kayla

Stop that nonsense right now. There’s no other Kayla. That cannot and does not make a lick of sense in our worlds, right? She’s the one and only, and there is literally not a person in the world who could ever be better or do better than she does, so we refuse to believe that. It’s all a thing, but we have to say that this is true. She’s not the first. She’s the last and only in our book, though. However, she is someone who has not been the first and only, but she is the best. There was one more Kayla, the woman who originated the role back in 1982 and did so for one year. Then the actress was gone, but Mary Beth Evans took over in 1986 and we all promptly forgot that there was ever another or that anyone else could do this.

There is so much love for Kayla, and it’s been around for a long time. She’s a woman who people love, and she’s done so much good on the show, and she’s such a great character. It’s funny to her because her fans will come up to her and tell her that they love the show and the character so much that they named their own babies after Kayla. One fun fact is this: Do you remember Marci Miller? She took over the role of Abigail when Kate Mansi left and before Kate Mansi came back? She was the pretty redhead? Her own mother is such a big fan of the show that she actually named her other daughter, Marci’s sister, after the character.

She loves a lot of things outside of her work and her costars, and we love that about her. She’s a total doll with her love of gardening and cooking. Both make her feel good, and we can see why. Both require her to do something creative and to make something from nothing. Planting a seed from nothing to become a beautiful flower or plant is so satisfying. However, so is taking the time to cook a meal from a bunch of ‘stuff’ that’s in the house and turning it into something beautiful and amazing. It’s all so much good, and we just adore that about all of it. However, she’s also a giver. When she’s not enjoying those things in her time off, she’s working to make sure that there are foster kids cared for in the world. She’s an advocate for the Court Appointed Special Advocate group for foster kids. They don’t always have someone to speak for them, and she’s that person for them when they need her. She spends her time with the group working as a speaker, which means she has a big role trying to get people to listen to her to make positive changes, to put the lives of these kids first and foremost, and to make sure that they have what they need to excel and succeed when life is already handing them so many things that they don’t know how to deal with on their own. It’s not a pretty sight for many kids, but she works to change that.