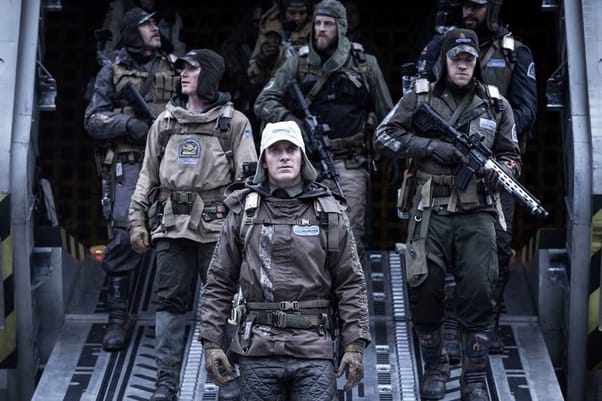 Calling something ‘unrealistic’ in a science fiction, or science fantasy movie is kind of silly in a way, but it’s still something that a lot of people can’t help doing since a good number of cinephiles want to watch something that’s going to make a lot more sense than it usually does. Some of the most unrealistic tropes are those that make a lot of fans cringe since they’re used over and over in a way that simply doesn’t make sense, especially when thinking of the way that they could possibly be presented. Granted, a lot of us just want to see a good movie that’s entertaining, has plenty of action, and is more or less going to leave us with a good memory, or at least something worth smiling about when we think of how good or bad it was. But the most annoying tropes appear to show up now and again almost as an unspoken rule, or an easy out for the director when it comes to filling in the gaps of a story with something that might suit the fans and allow the filmmakers to complete their story without having to get too inventive.

Here are five of the most annoying tropes that science fiction movies continue to push today.

5. Mutations are hyped up beyond belief.

One thing that the movies love to hype up are mutations since in a lot of ways the more severe and noticeable mutations can be film-worthy in a way that normal biology wouldn’t allow for. If anyone does remember their biology lessons from high school and possibly from college though, mutation is a pretty common term, and it happens often with each and every individual. This is actually why each person is different, mutations are a big part of why we turn out to be who we are. But in the movies, the mutations we see tend to be far more noticeable since they come with various abilities that don’t make a lot of sense but look cool on the big screen.

4. Humans are weaker than any other extraterrestrial species.

Does anyone ever notice this? There are exceptions of course and it usually has to do with size or many similarities to human beings that other extraterrestrials share, almost as though anyone human-sized or smaller might be just as weak or weaker. But quite often aliens that humans encounter are a good deal stronger than the average to an above-average human being. Take Predator, for example, the main antagonist was able to toss Arnold around like a rag doll, which isn’t bound to be easy to do considering how big and how strong of a person he is. But one thing is usually guaranteed, aliens in these movies tend to be stronger or somehow better equipped than humans.

3. The super-tough female characters are great, but they’re rare.

Ellen Ripley and Sarah Connor, ’nuff said. Okay, I’ll say more, but the mere mention of these two women is a big reason why a lot of women in science fiction movies want to be the next tough and endearing female to take on another role that will be seen as strong, commanding, and able to push the idea that women are every bit as tough as men. Granted, watching strong women in a movie is a big desire of many people and it’s fun to see since it’s very possible and it does mean that women can do whatever men can, to a point. But this is still a rarity since like it or not, on average many men are stronger than women, though the trend has obviously been to reverse this throughout the years, or at least balance the scales. It’s a nice thought at least.

2. Advanced cultures watch humanity for years and years and do very little.

It’s almost as though advanced species see humanity as quaint, amusing, and possibly as children that are fumbling about and trying to make sense of something that most alien civilizations figured out generations before. But with all this advanced technology and a supposedly advanced view on life and the world, one would think that the aliens might otherwise seek to conquer a ‘lesser’ species or would attempt to share what they’ve learned. Of course, in both instances, it’s usually seen that humans are anything but accepting as humanity either steps up to fight, even if they’re outmatched or will react with fear and suspicion.

This idea can be applied to Star Destroyers from Star Wars quite easily. It’s understandable that the larger a spacecraft is, the longer it will take to get into position and ready the main guns. But these are ships that are built with the capability of dominating a target from high orbit. This means that they can literally tear apart a city without ever being in the range of many heavy guns that are ground-based and might not have the range needed to reach them. Military tactics in SciFi movies tend to rely heavily on their adherence to the script when otherwise they might end a movie in a much quicker fashion.

The tropes are annoying, but they’re familiar and safe for a lot of directors to use.

Meet The Cast Of “Platonic”

Five Movies To Watch When You’re Done With “Official Competition”