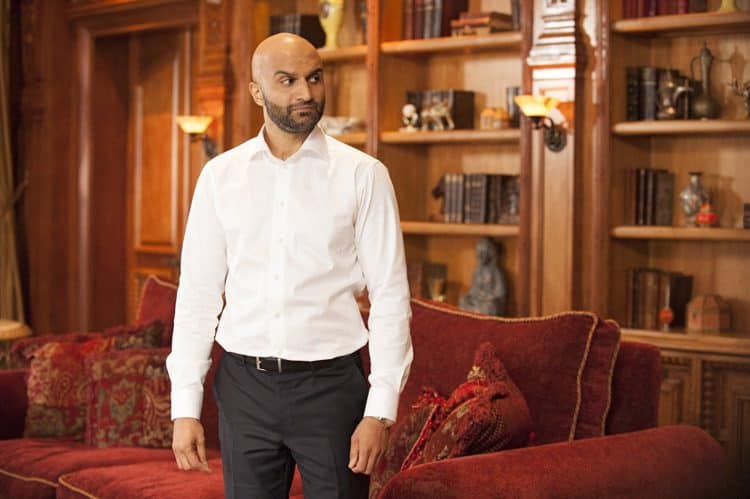 Usman Ally is an actor who has shown up in movies, TV shows, and theatre productions. For his theatre work, he has won an Obie Award, which is meant to honor off-Broadway productions in much the same way that the Tony Awards honor Broadway productions. However, he might actually be better-known to a wide swathe of people for his appearances in Agents of S.H.I.E.L.D. as well as A Series of Unfortunate Events.

Here are five things that you may or may not have known about Usman Ally:

Ally was born in Swaziland. However, he grew up not in Swaziland but rather in a succession of countries, with these being Kenya, Botswana, and Tanzania. It was not until the age of 18 that Ally headed on over to the United States, where he attended Lewis and Clark College and then the University of Florida.

Got Started Because of a Teacher

Initially, Ally became interested in acting at the age of 11 because of the influence of an English teacher in Kenya. She was the one who introduced him to Shakespeare through Julius Caesar before putting in the time and effort needed to teach him Mark Anthony’s eulogy, which is one of the most important scenes in the entire play. Finally, said teacher was the one who made him perform the scene in front of his entire school, thus putting him on the path to becoming a professional actor.

Believes that Hollywood Will Become More Inclusive Under the Right Circumstances

In one interview, Ally acknowledged the challenges for people of color who are seeking to become a professional actor. However, he stated that he believes that this is because the people who have the chance to tell their stories through the entertainment industries are still a rather homogeneous bunch. In his opinion, as more people of color become producers and writers, Hollywood will become more inclusive in a corresponding manner. It is impossible to say whether it will be as simple as that, save that time will tell in the end.

Prefers Not to Idolize People

When asked about people who he idolized, Ally stated that he prefers not to do that sort of thing. According to him, when people idolize others, they end up projecting some of their thoughts onto the targets of their idolization without actually knowing anything about them, which is not a good thing. Still, Ally did name the names of some people who he respect, with examples ranging from Ava DuVernay of directorial fame to Rebecca Hall whose performance in Christine was an excellent example of the sort of actor who he aspires to be.

Ally has stated that he wants to remain active in not just movies and TV shows but also the theatre stage. Furthermore, he has expressed a strong interest in parts of such production besides the acting, so much so that he hopes to become a writer. However, that is still some time in the future because for the time being, Ally has stated that his writing is still very much under development at the moment.