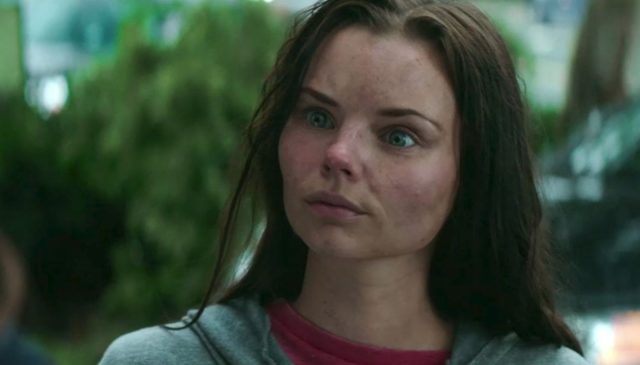 Siren, a new show from Freeform, is exploring the legends of mermaids in a new fashion that kind of seems familiar but at the same time is its own show. The premise is that a mermaid was caught in a fish net and those that caught her are having a hard time believing that they saw, let alone making others believe. When a strange young woman appears in Bristol Cove however she starts to draw a great deal of attention. But when people start ending up dead the attention turns to horror as it’s realized that something quite deadly has come to shore and there’s no way to know just when they’ll strike again.

It’s a different kind of mermaid story to be sure.

5. She can change back and forth from mermaid to humanoid it seems.

Kind of like the mermaid from Splash, it seems that Ryn can walk on land when dry and will regain her tail when she’s submerged. While this obviously takes from fictional lore it might also be a part of mermaid legend from a long time ago. It’s hard to know since much of what has passed is considered nothing but myth.

4. She is extremely violent.

In some ways it’s to be expected since she doesn’t know just what to do on land or how to react, but when it’s shown that someone tries to touch her in a way she doesn’t like it gets ugly. She literally throws a guy through the front window of his car from the inside. That’s how strong this mermaid is, that she can simply throw a person through a glass window with little to no room to work with.

3. The mermaids in this show are predators.

Fingers that are tipped with claws, and a mouth that looks vaguely like that of a shark when they smile, does not make these mermaids kelp eaters by any means. Those sharp teeth are for ripping and tearing and their claws are for seizing prey. Chances are the mermaids in this show will kill first and think about any questions some other time.

2. They are very protective of their oceanic homes.

According to myth and legends mermaids inhabited the oceans long before mankind started traipsing about and multiplying in such great numbers. But when they started to attack ships and drown sailors they made the mistake of making themselves known. Since that time it became necessary to either retreat further into the ocean or protect what was theirs with great fervor.

1. The show will be using the mythical aspects of mermaids as well as modern-day techniques.

There are so many mermaid myths to pull from in so many different cultures that including them all seems almost impossible. But there seems to be an adherence to the mythological aspect as well as a more modern lean on mermaids as well that will be featured in the show. That will likely give us a new look at something we haven’t seen before.

This is nothing like The Little Mermaid mind you.