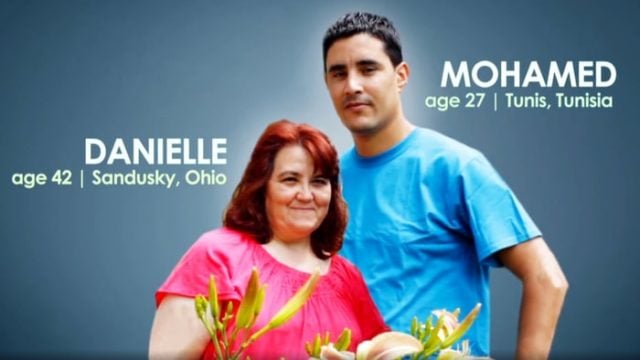 “90 Day Fiance” is the popular reality television series that brings couples together with the end goal of marriage. The show follow six couples who have become engaged. They have ups and downs in the relationships as they attempt to decide whether or not they should get married. Although the show has become popular, there are those who are skeptical about how authentic the relationships really are. One partner is an American citizen and the other is from a foreign country. This makes the dynamics of the show a little more intense. Here are five things that you didn’t know about the series “90 Day Fiance.”

1. There is suspicion about the motivations behind the unions

Couples participating in the show are paired from different countries with one being American. Because of the conditions of the visa, they only have three months to figure out if they are going to marry. Skeptics of the show wonder if partners come to the country in search of love or for some other reason. America is known as the land of opportunity. Family members of the cast have been outspoken about the concern. There is always the chance that the motivating factor is to get a green card and legally enter the country. There is no real way of knowing unless a cast member shares this as a goal. Since we have yet to hear this confirmation, it remains a suspicion.

2. “90 Day Fiance” is based on the amount of time before the K-1 Visa expires

There is a very good reason for calling the show “90 Day Fiance.” The show arranges for one half of the couple to enter the country legally with a K-1 Visa that is only good for ninety days. They are genuine visas which as issued by the U.S. Citizenship and Immigration Services. All holders must leave the country at the end of this period if they are not legally wed. Does this put undue pressure on the couples who are courting? It can take months if not years to figure out if a person is a good choice for marriage. This is one of the factors that make so many people skeptical about the legitimacy of the relationships.

3. The process for K-1 Visas can be long and difficult

Fiance’s who appear on the show have gone through a somewhat grueling process. There are several types of official documents that must be in order prior to submitting an application. This includes medical records, proof of divorce or death of spouse for those who were married, proof of ability to support the self, and proof that a relationship exists with the person you’re planning to marry, including confirmation that you’ve known each other for at least two years or more. The process can take several months to complete and an extensive interview is required prior to approval. It is conducted at the embassy of their home country. Not all applications are approved and there is a decrease in the number of foreign born applicants which are allowed into the country under the K-1.

4. Marriage is not a guarantee of citizenship

Although holders of a K-1 Visa have taken the first step in the process for citizenship, it does not necessarily mean that the process will move ahead. A green card is issued upon marriage, but there are certain conditions and restrictions included. The green card may be renewed after two years of successfully staying married and the restrictions are lifted at this time.

5. All season one couples are still together

One year isn’t enough time to put the concerns and suspicions of family members and viewers to rest, but it’s something. Every couple from the first season are still together. This is quite a feat because there has been a lot of negativity from families of the American spouse. The pressure to marry within 90 days was intense and this may have caused the couples to rush into the legal aspect of being a couple. The fact that they’re sticking it out shows that there may be something truly wonderful going on after all.