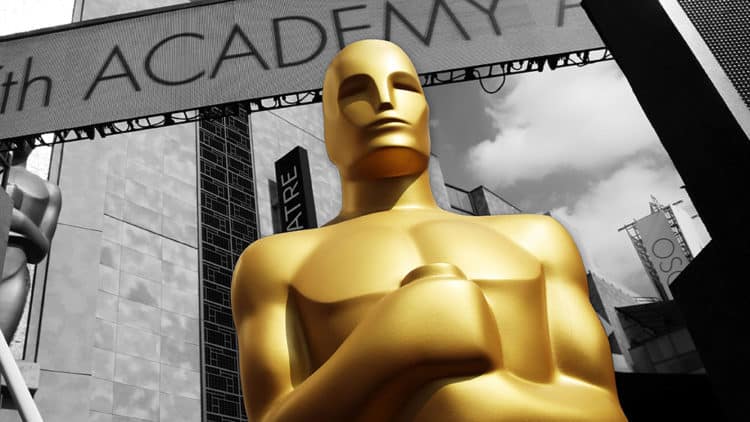 There are plenty of people that happen to think that the Academy Awards are kind of a joke and have been for many years now, usually because their favorite movies or actors didn’t manage to win. But the truth of it is that there are some controversial wins that have happened throughout the years that make a lot of people feel that those in charge of the judging are biased beyond any doubt and tend to follow trends more than acting ability or any other criteria that might allow the ‘right’ movies and individuals to win. However it happens, there have been a few Oscar wins that have truly upset some people in the past and it’s not hard to see why in some cases, though it’s easy to stay that some moments that have been spawned from these decisions are a tad bit petty since people can rarely come up with a good reason not to take the loss in stride and simply do their best for the coming year. To be realistic the award ceremonies sometimes feel like a bit of grandstanding that’s not really needed, as the insane paychecks and fawning of the fans should be enough really.

Here are a few times when an Oscar win really upset people.

5. The Hurt Locker beat out Avatar.

This was insanely surprising since The Hurt Locker had a story to tell, but it didn’t compare to Avatar in a lot of ways since the story was far simpler and not nearly as detailed. In a big way, this almost felt as though the Academy Awards were sending a message that many people didn’t want to receive but couldn’t help but see anyway. Kathryn Bigelow and the movie took home awards that were, in many peoples’ opinions, meant to go to Avatar since the large-scale SciFi movie was something that had people expecting to see more than one Oscar win, and in the end, it was beaten by a war movie of all things that was kind of hard to get into.

If anyone remembers, Brie Larson, who had already won her own Oscar, didn’t bother clapping for Casey Affleck when he came up to the podium to receive his reward for Manchester by the Sea, likely because he’d been accused of sexual harassment on the set of I’m Still Here and been allowed to settle out of court. While Casey denied the claims of both women and his legal team took care of the matter, many felt that this was the Academy’s turning a blind eye to the misdeeds of white men as had happened for so long according to many people. That’s amusing really since one could make that claim for many actors be they women and men of any race.

Crash was a thought-provoking and very in-depth movie showing the level of connection between one situation and another, but somehow it just didn’t feel worthy of an Oscar. For one the movie was hard to follow, and two, despite having quite a few good actors it just felt a bit hollow, as though they were phoning in their roles and weren’t really doing much in the way of ‘acting natural’. In other words, the whole movie felt contrived in a way that wasn’t really believable even if it was vaguely interesting. Why it was deemed worthy of an Oscar is kind of a surprise and a maddening turn of events since there were other movies available for the honor that year.

Why people were upset at this one is kind of hard to imagine since it was a fairly gripping tale that some folks thought was overdone and overplayed. It’s amazing what some folks think is mediocre and what is truly impressive since the difference of opinion is night and day at times. It’s true that Rocky probably wasn’t the greatest movie ever made and it did give rise to a good number of sequels that became fairly corny, but the first movie was something that should have easily been respected as the underdog story that it was and should have been prophetic in a way when it did win.

1. When Dances with Wolves won a couple of Oscars.

The talk about a ‘white savior complex’ or how people can’t make it through this movie without falling asleep is all well and good now since the relevance of the movie has gone by the wayside, but back when it was still popular, Dances with Wolves was one of the absolute favorite movies out there, so wondering why it was such a shock to people and why it was downplayed for winning is a little bit surprising, but not in the way that folks might think. If anything, it’s more the fact that it’s been vilified in the present day that’s a little more telling.

Whether a person agrees or not, the Oscar wins aren’t bound to please everyone.