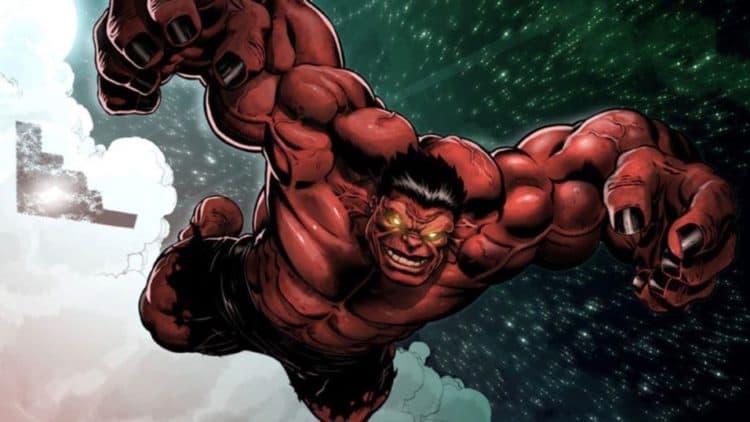 It’s time to redirect your attention to the rumor mill, because The Thunderbolts are apparently getting their own series. With the emergence of Disney Plus, this seems to be the case with several Marvel characters. What makes The Thunderbolts different from the rest is that they are a team of super villains. A show about a team of super villains? What can they possibly do with that? Well, unlike most villains from Marvel, these guys signed up for the purpose of redemption.

The Thunderbolts were originally formed by Baron Zemo to pose as heroes and eventually overthrow The Avengers. This plan backfired on Zemo when the second-rate villains actually enjoyed being heroes more than villains. The team has gone through some changes in their lineups throughout the years, but they essentially serve as a team of reformed villains. Granted, not all of their members joined with the intention of reforming, but that only made their story arcs more interesting.

Their future Disney Plus show is not yet official, but the rumors for it are building up. The upcoming Falcon and The Winter Soldier show just might be the gateway for The Thunderbolts to debut in the MCU. The primary reason is because of Helmut Zemo’s ascension to full-blown villain to the two heroes, plus the inclusion of his iconic purple mask. There’s a lot of speculation and not a lot of confirmation, but the hype is real. For the sake of the hype, let’s assume the show is happening and go over which Marvel characters should appear. This may include some heroes, some anti-heroes, and a villain or two.

Get ready comic fans, because it’s time to go over the top five Marvel characters that need to appear in The Thunderbolts show.

The first character to kick off the list has already appeared in the MCU. Although he was never referred to as “Bullseye” the villain was a major antagonist in the third season of Daredevil. In fact, the last time we saw him, he was having his spine being repaired through surgery. Bullseye has this done to him in the comics, and the metal that was used to heal him was adamantium. This is the same metal that Wolverine’s entire skeleton is laced with, making him near indestructible. Regardless if it’s the same metal that was used for Bullseye’s spine, it’s sure to make him stronger and even more dangerous. He was already a menacing villain in Daredevil, so bringing him back for The Thunderbolts show would be quite the treat.

As a member of The Thunderbolts, Bullseye was coerced into joining. This contrasts from most of the other members, who joined for the chance to redeem themselves. He was one of the most violent and unpredictable members of the team, putting him at odds with the more stable members. This would make for some excellent inner conflict for The Thunderbolts, leading Bullseye to likely betray the team. He is Bullseye, after all. The Thunderbolts is a team mainly consisting of antiheroes, so including Bullseye would create a great balance.

Moonstone is one of the original Thunderbolts and has often served as the team’s leader. Her powers are vastly similar to Captain Marvel’s, most notably the photon blasts. Throughout her time in comics, she bounced around from villain to anti-hero, making her pretty complex. For a time, she even served as Captain Marvel’s replacement on The Dark Avengers. Moonstone would served the show well, mostly because she’s the most recurring member. She’s been apart of almost every lineup the team has had, and often competed for leadership. Her awesome powers and overall unpredictability would make her a very fun character to watch on the show.

Does the last name ring any bells? Another von Strucker appeared in the MCU, in a minor antagonist role. In the beginning of Avengers: Age of Ultron, Wolfgang von Strucker was the Hydra agent keeping Wanda and Pietro Maximoff as prisoners. He was quickly captured by The Avengers, then subsequently killed by Ultron. His part in the MCU was short, but he does have relatives with similar motives. One of them is Andreas von Strucker, a character who is his son from the comics.

Andreas von Strucker has been called Fenris and Swordsman, with the latter being his alias under The Thunderbolts. He was often showed to be villainous, but he slowly learned how to be more heroic overtime. This is what The Thunderbolts is all about and it’s exactly why he needs to be in the show. He would serve as a nefarious villain being forced into The Thunderbolts, but eventually becomes a better person. This would make him better than his father and help sever his ties to Hydra. It’s not confirmed if Wolfgang had a son in the MCU, but if Andreas does exists, the perfect redemption arc would be shown. Plus, he would bring back the immense threat of Hydra. Those guys never stay down.

If The Thunderbolts show needs a main protagonist, then Songbird is the top contender. Songbird is one of the original Thunderbolts and her backstory is surprisingly relatable. As a child, she had it pretty rough, which prompted her to turn to crime to support herself. After becoming a super villain and enduring crushing defeats, she decided to turn a new leaf. She would later become a prominent character in the team’s story arcs, usually acting as team leader. Serving as a Thunderbolt changed Songbird for the better, as a leader and as a person. Giving her this role in the show would display a very intriguing redemption arc.

Who else but Thunderbolt Ross? One of the MCU’s first antagonist seriously needs to kick it up a notch. As Thaddeus Ross, he is the ideal choice for being the man who puts the team together. Of course, Ross distrusts any kind of superpowered beings, and would surely turn against them. But he’s an old man, so how can he be a serious threat? Well, he also just so happens to be The Red Hulk. He’s like The Hulk we all know and love, except he’s red and bad. Even when he’s Red Hulk, his consciousness is still intact, making him even more dangerous. Overall, he’s still a very angry, very strong Hulk with a serious lack of morals. Seeing him on screen would be cool to see, but more importantly, he’s the best villain the show can have.

William Hurt may be too old for the physical stress of the motion capture suit, but that shouldn’t stop Red Hulk from appearing. He’s got the Jekyll and Hyde characteristics, along with the fierce belief that the ends justifies the means. There are few villains like him.

The list of characters from the comics they can include is virtually endless. As an avid fan of the MCU, I very much hope the rumors about the show coming to light are true. Get ready for the Suicide Squad of Marvel, comic fans!