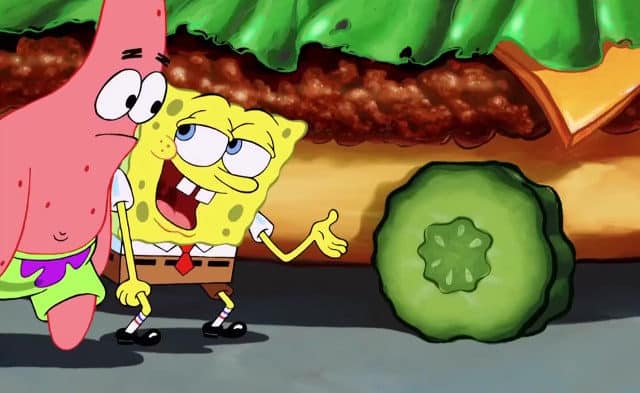 It doesn’t matter if you take the most innocent kids’ show or the most controversial there’s likely to be those on the internet that will find the darkest ideas they can and turn them into theories where the show is considered. Spongebob Squarepants is just one in a long line of shows that has been ridiculed and ripped apart in an attempt to find out if there’s really anything more than just cute and endearing show going on, or if there’s something a lot darker than the producers are willing to admit to. It seems silly to make up these kind of theories about cartoons, but those that sit and analyze them and do nothing but come up with the most messed-up ideas of how to present an otherwise innocent and laughable show tend to think in terms of how they can make people see them differently, or rather, from their point of view.

Here are just a few of the darker theories that have been created using Spongebob as a basis.

5. Every one of the main characters represents a deadly sin.

This is a rather well-known theory since let’s face it, Christianity can’t let a lot go without something to say. Gluttony is easy since it’s represented by Gary the Snail, who never stops eating. Lust might be applicable to Spongebob or to Pearl, as one is desperate to get his license and the other is boy crazy. In this case it seems like it would Pearl though. Mr. Crab is the obvious choice for greed, while sloth would belong to Patrick since he’s among the laziest of the characters on the show. Squidward personifies wrath to be honest, while envy is taken up by Plankton. Patty would round out the bunch with pride since she tends to have a very high opinion of herself.

4. Bikini Bottom is the result of nuclear testing.

The main reason for this is that Bikini Bottom resides underneath Bikini Atoll, a well-known testing site for nuclear bombs for many years. This would explain how everyone could talk, how they act, and a slew of other things. The show actually made reference to this at one point but it was quickly put under wraps and the information was even taken off the website. It might have made parents uncomfortable to think that nuclear testing could create characters that their children loved so much. Being a cartoon it should have a lot of leeway, but in the mind of a child this could be kind of traumatizing.

3. The cast members are on drugs.

If you look at their behavior then you might come to understand why someone would bother to go to this extreme of calling a cartoon cast a bunch of drug addicts. Spongebob acts like he’s tripping on acid most of the time while Squidward could be a heroin addict for how down and depressing he is. Mr. Krabs and Mrs. Puff would be the heavy cocaine users as they’re always wired and paranoid about something, while Patrick kind of fits the idea of a stoner just perfectly. Can you imagine this theory reaching kids and then having to explain to them just why it makes sense? Nope, me neither.

Did you ever think that there’s a reason why Mr. Krabs is so protective of his Krabby Patty recipe? And why don’t we see that many crabs on the show? This is dark and kind of twisted since just about everyone in Bikini Bottom loves Krabby patties and some are even addicted to them. But think what it might mean to everyone involved if the secret ingredient was the very reason why there are so few crabs that ever come to Bikini Bottom. Do you think kids would understand this or run away screaming? Some might do the latter while others might ask their folks just what it means. Some parents might just decide to change the channel.

1. Every cast member has a mental illness.

A lot of these theories seem to be more about those individuals that either don’t like the show or can’t cope with it being so popular and have to find a way to tear it down. But even after this is realized and dispelled or accepted you kind of have to admit that the characters do display certain warning signs of various mental illnesses. For instance, Spongebob seems rather neurotic and anxious most times while Patrick could easily be diagnosed as bipolar. Squidward is a classic narcissist and Plankton is an obvious sociopath. Mr. Krabs is a covetous psychopath, and there are other characters that could be just as easily labeled thanks to their behavior and mannerisms. But despite that it’s always important to keep in mind that these are cartoons and can’t display these tendencies without their creators.

Some of these are pretty dark, but in truth a lot of them are kind of funny when you get past the disturbing aspect.

Ranking the Films of Gregg Araki

Thanos vs. The Eternals: Who Wins?
Comics Lists News Things You Didn't Know Whatever Happened To