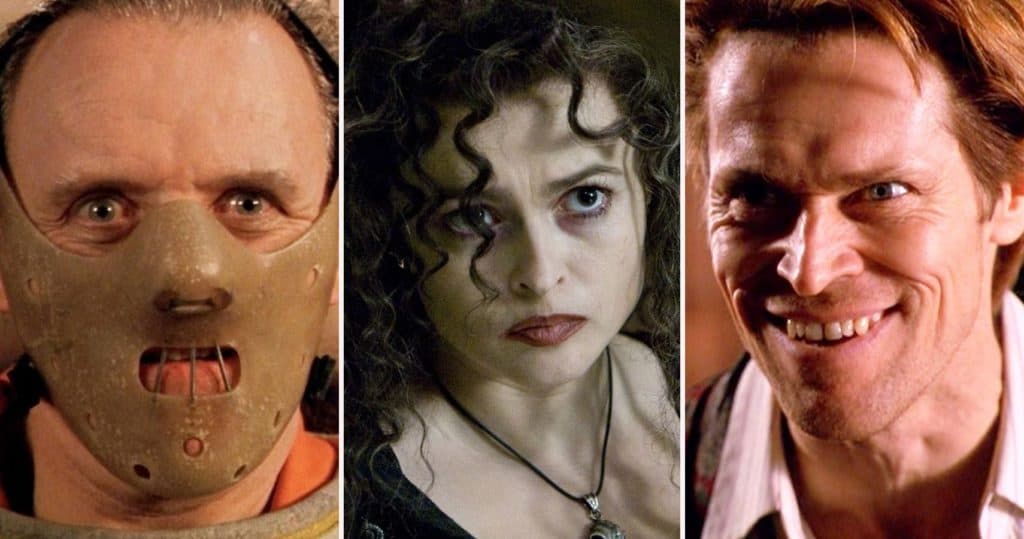 Believe it or not, there are a lot of people out there in the world that don’t mind the bad guy, or gal, when it comes to movies. Some actors actually enjoy taking on a more villainous role, though a lot of them will tell people that there are certain motivations that make it easier since there’s usually more to a villain than we’re shown initially. Many actors will justify being the villain since there’s usually a reason why the villain turns out to be the way they are, so long as the story makes it possible to see this. After all, characters such as Maleficent were always thought to be pure, irredeemable evil for a long time until it was shown that they did have a reason for being that way. But the ability to play the villain is also something that takes great strength of character that not every individual has, and becomes a reason to admire several actors even further since they can turn that corner and become someone that’s absolutely monstrous in one movie and then become someone that people might want to get to know in the next feature. In fact, with some villains, it’s easy to think that some people are correct in saying that they might even want to get to know the villain simply because they’re far more interesting than the protagonists.

Here are a few actors that love playing the villains.

Tim is the kind of guy that actually liked being the villain since it gave him permission to misbehave, as he’s put it, and he fell so deeply into the role that it became one of his specialties as a character. In fact, if Curry wasn’t playing the part of the villain during any of his roles it kind of felt as though he was playing against character. The thing is that he could be a likable villain or he could be someone that was truly detestable and would turn the audience firmly against his character even as they expressed a great deal of love for him as an actor. This guy was the original Pennywise after all, so it’s very fair to say that he’s enjoyed what he’s done over his career and hasn’t really thought about looking back, except to remember what he’s done with a smile no doubt.

This is an odd entry simply because Travolta doesn’t always play a great villain as the movie Battlefield Earth showed. Even his turn as John Gotti didn’t do a lot to convince people, and a big part of it is that he’s just too likable at times. But he can be scary, and he can be vicious, there’s no doubt of that. His turn as Charlie Wax in From Paris With Love saw him as an antihero, not a villain, but it did show that he could get down and dirty with the best of them, and just seeing that was evidence enough that as a villain he could be great if he was ever given the right part to nail down in his own fashion.

This woman is scary, there, I said it. She can be sweet as pie in a lot of movies but in others, she reveals that just beneath the pleasing veneer that she can present is a dangerous and cold-hearted individual that will gladly torture children while laughing and has a devil may care attitude that allows her to do pretty much anything so long as it’s something she’s into at the moment. But the fact that she enjoys this type of role might creep some folks out, especially since she wants to stand out as one of the craziest people on set, at least when she’s in character. As an individual, she’s a pretty decent person, but when the cameras are on it’s time to get crazy.

Putting it simply and respectfully, Kathy Bates can look like your mom or grandma, and then turn around and slit someone’s throat or smash their ankles with a sledgehammer and still give us that bright and chipper smile as she explains that it’s for your own good. Yes, she can play crazy in a way that’s absolutely creepy since a person doesn’t know what’s coming next and might think that she’s about to come back down to earth right before she pulls the rug out from under them to reveal that she’s a mass murderer and has no compunctions about what she’s done. That’s the type of character she plays, and people love it, and rightfully so.

Hannibal Lecter might not be the end-all, be-all of villains, but he’s someone that’s intriguing enough to give villains a different name and to be regarded as someone that deserves a great deal of respect. The fact that Anthony Hopkins can be warm and inviting in some movies, wise and caring in others, and then cold and indifferent and more likely to eat your liver while it’s still warm and pulsing is absolutely creepy. It’s also a big reason why so many people happen to love the guy since he appears capable of turning it on and off like a switch.

Some people are just that good at playing the villain, and it’s great.