Home
Movies
The First Trailer for Paddington 2 Has Arrived 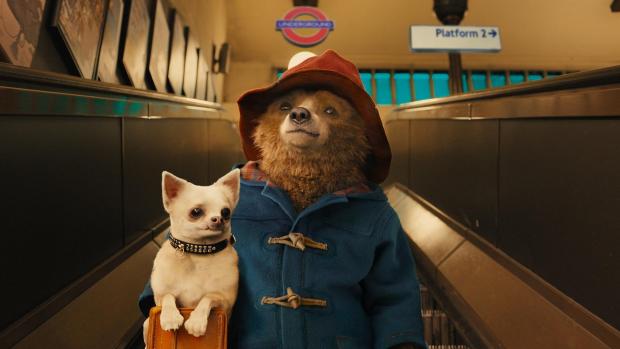 If you are a parent then there’s a 99% chance that you’re familiar with Paddington the bear.   The original kids book is a staple in just about every household in America.   Tales of the traveling bear who of course talks is on the minds of most any child so when a feature film came out it’s no surprise that Paddington is the highest grossing independent (non-US studio) family film of all-time, grossing $270 million worldwide.  Luckily for fans the sequel is coming out in a few months.  Paddington 2 is based on the best-selling and internationally adored series of children’s stories by British author Michael Bond.  According to Coming Soon

The sequel to the worldwide hit family film finds Paddington happily settled with the Brown family in Windsor Gardens, where he has become a popular member of the community, spreading joy and marmalade wherever he goes. While searching for the perfect present for his beloved Aunt Lucy’s hundredth birthday, Paddington spots a unique pop-up book in Mr. Gruber’s antique shop, and embarks upon a series of odd jobs to buy it. But when the book is stolen, it’s up to Paddington and the Browns to unmask the thief…

Check out the first released trailer below: