Home
Movies
10 Finding Nemo Quotes to Brighten Up Your Day 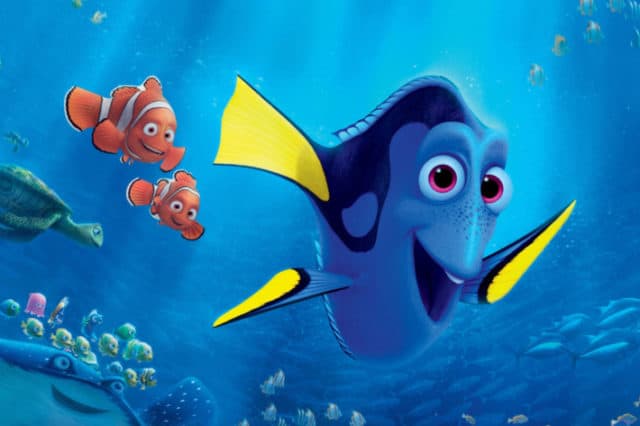 Finding Nemo was one of those films that was just destined to chime in with some sad notes here and there and pull every which way at your emotions while still being comical and even over the top at times. But if there’s one thing that Disney does well, and they’ve mastered a lot over the years in terms of their audience, it’s load you up with enough memorable quotes in each movie to brighten your day just by thinking about them. This movie was about a few things, such as the process of watching your child grow up and realizing that you’d have to let them develop and grow if they were to learn how to be on their own. There were many other lessons imparted in this movie as well, but throughout the entire length of the film Disney did what they could to insure that you didn’t end up as a sobbing mess during the sad scenes and didn’t wonder just why you were watching it at all. If not for the humor it would have been a little depressing to tell the truth, but thanks to that and the great acting from the stellar cast the movie turned out be one of the most memorable films that Disney has ever produced.

Here are just ten quotes among the many that you might find funny and even uplifting.

Disney has this thing about moving forward. It’s a theme that comes up in a lot of their movies in different ways. In Meet the Robinson’s it’s quoted “keep moving forward”, while in The Lion King the allusion to the past is what is meant to inspire the characters to keep moving forward. In this film since forward equates to swimming it’s not too hard to deduce just how the quote came about.

Dory makes sense in her own strange way but she’s very right. You can’t protect your kids from everything, no matter how much you really want to. Life is going to happen and occasionally you need to let it happen to them to help them to learn and to grow.

It’s the simple things in life that really get to a person. When you feel the need to just let loose and do something then it’s time to let loose. Don’t fight it.

This seems like something you might hear a cat say in a Disney movie to be honest.

6. Oh, it’s awesome, Jellyman. The little dudes are just eggs, we leave ’em on a beach to hatch, and then, coo-coo-cachoo, they find their way back to the big ol’ blue.

If you want an animal that seeks to be a good parent but lets their young risk the dangers of the world, sea turtles are a perfect example. Their young have to brave the trek across a predator-infested beach more often than not to reach the sanctuary of their watery home.

5. Well, if I ever meet a sea turtle I’ll ask him, right after I’m done talking to the shark.

Marlon is, for lack of a better description, a very anxious fish. He’s so strung out and hung up on keeping Nemo safe that he thinks of nothing else, not even a life that Nemo might want to find on his own.

4. Oh would you just shut up? You’re rats with wings!

Anyone that’s spent any time at all around seagulls would know this applies without question. And their behavior in this movie is perfect since in real life they’re just about as greedy. Imagine if we could understand their cries.

3. Yes, I’m your conscience. We haven’t spoken for a while. How are you?

Dory has issues, there, it’s said. But she’s still a lot of fun since she doesn’t seem to always realize it and tends to keep a very positive outlook on life when Marlon isn’t dragging her down with his constant pessimism. Honestly though they make a great pair since they both compliment what the other is missing.

2. All drains lead to the ocean.

1. It has been three weeks since my last fish, on my honor, or may I be chopped up and made into soup.

Sharks would be one of the last species you would think might need an anonymous gathering like this. But hey, it made for great comedic value in the movie.

If you haven’t watched it yet, time to catch up.