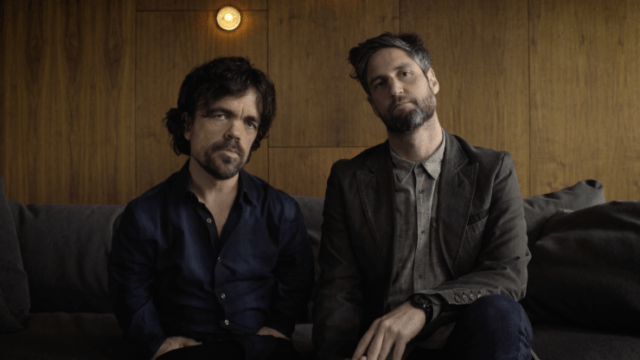 Sometimes your mind is attempting to protect you when it forgets something. To start off with this trailer looks awesome. Peter Dinklage has come up in a big way as an actor and to date is one of the most popular actors in Hollywood. Granted he’s more well-known for his role as Tyrion Lannister than anything else, but this movie looks positively intense. The idea of messing around with memories and using them to recapture something that happened in the past looks absolutely irresponsible, not to mention dangerous, and as far as effects, premise, and plot go it looks like it might make for one very good movie.

What would you remember if you had the chance?

The mind has a way of blocking things out as a protective measure against cerebral overload, meaning that the more you attempt to cram into your brain the harder it’s going to have to work. If you could keep every single memory and skill you’ve ever learned your mind would be a resemble a never-ending fourth of July as your synapses continued to fire again and again in order to retain that information and those memories so that you wouldn’t lose them. The trouble with this is that the body is a finite thing as opposed to the imagination. It can only go so far and it can only withstand so much.

Perhaps that is why the man in the trailer is dead. You did hear them say that there were no bullets right? There were bullet holes in the wall, but none in the man. That suggest that a phantom shot him and somehow altered the reality of the wall behind him, or that he suffered a heart attack of some sort. How could a person be killed by a memory, right?

The mind is a tricky thing. It protects us, but it can also harm us. It defends us, but it can also leave the gate wide open for those harmful memories to come sailing in. It’s a matter of habit and how strong your mind truly is once it’s been tampered with. Once an imbalance occurs and is not balanced or in some way fixed, then the memory becomes stronger, it becomes an obsession, something that cannot easily be reduced to a mere figment any longer. Our mind is very capable of betraying us no matter how strong we think we are.

But of course, we are rational beings so there must be a rational excuse as to why murder occurs and the fact that there is no evidence of it anywhere. There are elaborate plots, detailed conspiracies, and believable premises that pull away from the metaphysical fiction and instead cling to the dirty, grimy truth that lies behind every intentional murder that has ever occurred. But then playing up to the mystery is sometimes just too much fun to look at the stark reality.

Rememory looks as though it will be a fun thrill ride and a movie that will bring Peter Dinklage even more firmly into the public eye.