Home
Movies
The Ending Of Blade Runner 2049 Explained (Spoilers Ahead) 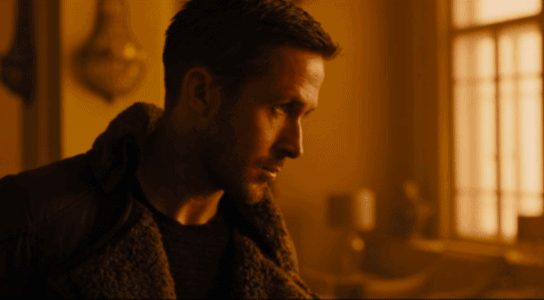 If you don’t want the spoilers then look away, but if you’re ready to figure out how Bladerunner 2049 ended then read on. Don’t say I didn’t warn you. Much as the first one ended with a lot of fans stymied and not knowing which way to turn the sequel has kind of done the same thing. You won’t find the answers you really wanted but you will find a very interesting twist to the Blade Runner mythos.

Deckard had a daughter. That fact alone should blow you away since he fathered a daughter born of a replicant. And going even further his daughter in some way gave birth to the new Blade Runner, who is also a replicant, that goes to seek out Deckard, Agent K. The premise is that Wallace, the new genius that is pushing forth the previously outlawed replicant technology, is beginning a type of revolution that will bring the world of humanity crashing down if he’s not stopped. The idea that replicants can reproduce, when originally the idea was impossible, is something that Wallace is very interested in as it could boost his production of replicants.

Throughout a harrowing adventure that takes K all the way to the ruins of Las Vegas, Deckard is found and eventually captured as K takes a heavy amount of damage. Rescued by the replicant freedom movement K is told that Deckard’s child was actually a girl, and the memories he carries were implanted into his mind by her. K is urged by the movement to seek out Deckard and to foil Wallace’s attempt at cracking the secret to replicant reproduction, even if it means killing Deckard. In the end K kills Wallace’s assistant, Luv, and fakes Deckard’s demise to keep him and his daughter safe. Upon reuniting Deckard and his daughter K finally succumbs to his wounds and dies.

There is no big revelation as to whether Deckard is a replicant or not, though you’ve likely heard both opposing views by now concerning this belief. Instead of going into who is and who isn’t a replicant the idea of Blade Runner 2049 is to showcase what it really means to be human and to evolve. What we are and what we represent is seen as the sum of our humanity, which is a big part of what this film is about.

While you might see K as a rather ambiguous character to begin with he definitely showed a great deal of development throughout the film. He knew he was a replicant, but he also knew that he had a soul and was not a mindless machine, just as those he was sent to retire were not.

A lot of Blade Runner is about humanity and what it means in all its different representations. The meaning behind the ending of this film however is fairly hazy as by the end you watch as K kills Luv after losing Joi, his faithful companion. In other words, to save Deckard’s love and keep some hope alive for the human race he must physically kill Luv after losing Joi, a very symbolic and powerful gesture.

It’s a bit confusing, but it makes sense.