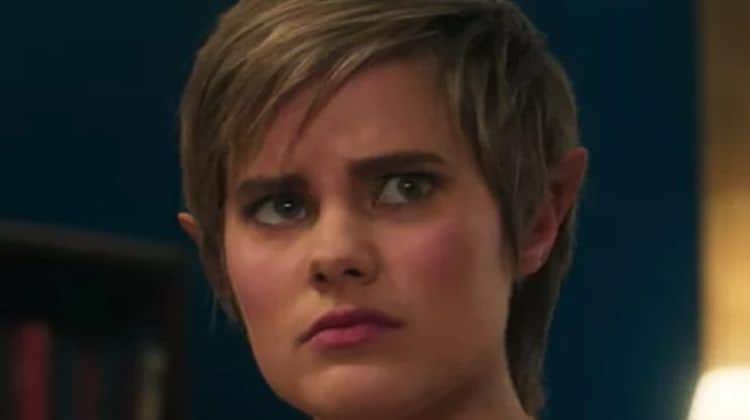 Elizabeth Cullen is pretty new to the entertainment industry, but she’s already been making her mark. The rising star landed her first TV role in 2018 in the series The Bureau of Magical Things. She remained on the show until 2021 and that role has really helped catapult her career forward. She currently has two projects in the works and her growing fan base is looking forward to seeing what Elizabeth has in store next. At the rate she’s going, we know we’re going to be seeing a lot of her in the future. In fact, she has the potential to become one of the most well-known actresses of her generation. Keep reading to learn 10 things you didn’t know about Elizabeth Cullen.

Elizabeth was born in Cairns, Queensland, Australia and she still lives in the area and it doesn’t appear that she has any plans to relocate. That said, she will probably be spending a lot of time in the United States and other parts of the world as her career continues to grow.

2. She Loves Being Out in Nature

Elizabeth’s life has changed tremendously over the last few years, but she hasn’t let that change her. She still enjoys all of the simple things that life has to offer and one of those things is the beauty of nature. Elizabeth loves spending time outside. She especially likes going on walks and exploring her surroundings.

3. She Has a Great Sense of Style

Elizabeth loves fashion and it’s always been one of her favorite ways to express herself. She has a creative sense of style that includes bold colors and patterns and she isn’t afraid to try new things. No matter what the occasion is, you can trust that Elizabeth is going to show up looking great.

4. She’s a Writer and Director

So far, most of Elizabeth’s time in the entertainment industry has been spent in front of the camera. However, she’s already shown an interest in telling stories from the other side. She made her debut as a writer and director in 2020 with a short film project called Eye for an Eye. It seems likely that we’ll see her do more writing and directing in the future.

We weren’t able to track down the backstory on how Elizabeth got into acting, but we do know that she has spent lots of time developing her skills. Elizabeth studied film and television at Bond University and she also took a summer acting course at the
London Royal Academy of Dramatic Art.

6. Her Brother Is An Actor

Although Elizabeth doesn’t come from a family of actors, she isn’t the only person in her family to pursue a career in the business. Her brother, Julian, is also an actor whose career has been growing. In fact, the two actually played siblings in the TV series The Bureau of Magical Things.

Elizabeth is a creative person through and through, and she likes using different methods to express herself. On top of all of the other things she does, Elizabeth is also an amateur photographer. She has a great eye for capturing beautiful pictures and she often shares them on Instagram. All of the time she spends outside presents her with plenty of opportunities to take great shots.

Elizabeth was raised in a close family, and she has continued to cherish those bonds in adulthood. Having a strong support system always comes in handy, but that’s particularly true for people who work in very intense industries like entertainment. When Elizabeth isn’t busy working, she looks forward to spending time with her loved ones.

Once some people get a taste of the spotlight, they can’t resist doing anything they can to keep getting attention. That isn’t Elizabeth’s style, though. She has chosen to keep her personal life away from the public and she instead prefers to keep all of the attention on her work as an entertainer. Sure, it would be nice to know more about her but it’s easy to understand why she’s chosen to stay low-key.

For some reason, there’s always something touching about finding out that a person loves animals. That being said, there are lots of people out there who will be happy to know that Elizabeth is an animal person. From what we can tell, she likes both dogs and cats. It’s unclear if she has any pets of her own at the moment.