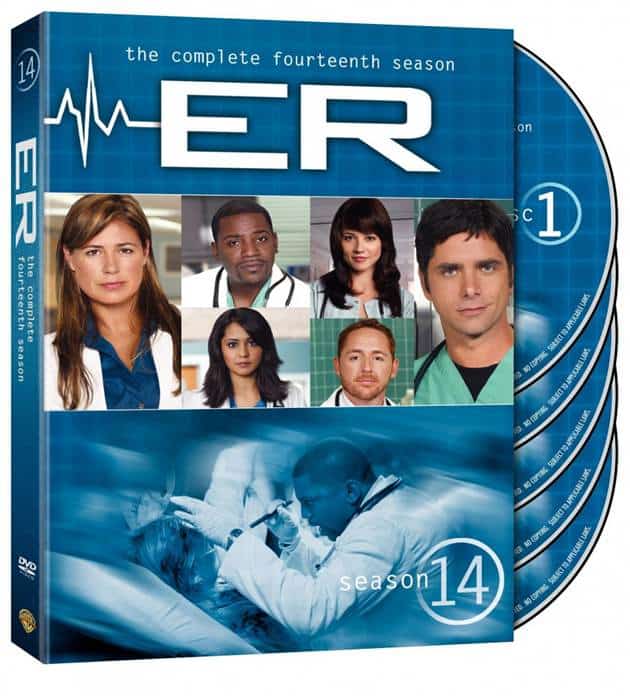 When a show hits its fourteenth season, it really doesn’t matter what the show actually comprises of. That’s doubly so with a show like ER: it has its fans, and it has its detractors. Those are pretty much set in stone, and doubly so if you buy the DVDs. If you have seasons 1-13, of course you’re going to want to buy the fourteenth season when it hits DVD shelves on January 11. But if you don’t have any of the sets, season fourteen doesn’t seem like the prime place to start.

Despite that, though, ER‘s fourteenth season is surprisingly decent. While most shows have long been running on fumes by the time year fourteen rolls around, ER at least has a pulse throughout the season, even if it is slightly weak. The season, slightly shortened by that infamous writers strike, was originally slated to be the final season of the series, and you can sort of feel that finality throughout early episodes of the season. The show still feels like a typical procedural, though there are some pretty cool cases. After all, Steve Buscemi (Boardwalk Empire)  guest stars in the season finale! (And who doesn’t love Steve Buscemi?)

Some of the episodes, though, do feel like pure filler: episode four of the season features and entire plot line of a cosmetologist patient pampering the staff. The conflicts between the staff members feel a little too melodramatic at times. It’d be wrong to say that the show isn’t showing its age at this point, but the fact that the next season is the last certainly helps the mindset one would have going into the season. It really all boils down to whether you like ER.

The set itself is nice, though nothing fancy. The nineteen episodes are contained over five discs, all put together in a standard DVD case with a nice little slipcase. As far as the special features go, we get the standard deleted scenes and gag reel. There’s also a tribute to the show’s three-hundredth episode filmed at the Paley Center for Media.

Get the inside scoop on WB movie & DVD releases! www.wbreelnews.com.