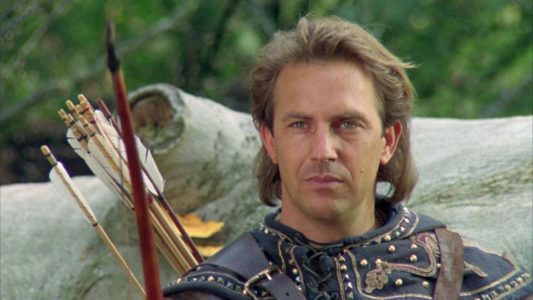 One of my all-time favorite folklore heroes is the legendary outlaw from Sherwood Forest, Robin Hood. I remember reading a lot of his books as a kid and how I got so attached to the idea of this character being a hero. A thief as the hero of his own story? I suppose that’s common with all characters, both good and bad, but this story was different. Whenever I read a story about the legend of Robin Hood, I always picture a man wearing Lincoln green, armed with a bow and arrow ready to fire. But the outlaw never works alone, as his faithful band of Merry Men were his many partners in crime. Speaking of crime, the character has always been known as a thief. How can such a moral, heroic character be a notorious outlaw all at once?

The legend of Robin Hood is how I fell in love with the character in the first place. Yes, he was a thief and he led a band of thieves. But what made him such a unique thief is that he only stole from the rich. And given that he was a folklore hero of the late Middle Ages, the rich were often the greedy and the corrupt. Is it really a crime if you commit it against the corrupt? I mean, from where he came from, those type of men were the ones who made the rules. And these incredibly rich and corrupt men used their power to step on the poor, people who had no chance at standing up for themselves. Fortunately for them, they had a hero in Robin Hood.

The backstory of the folklore hero has often been fiddled with over the years. Some writers have written him as a man of noble birth, a veteran of the Third Crusade who served under King Richard, or a common Englishman who stood up to corruption. All of these various adaptations have even blended in some recent stories, most notably the live-action movies. The problem is, most of them are bad. You can point out the Kevin Costner movie or that recent travesty that had Jamie Foxx playing Little John. I couldn’t even finish that one.

Why do so many Robin Hood movies fail? I really can’t answer that, but after that movie pretty much tarnished the Robin Hood name, I think we should ask ourselves if we even really need another Robin Hood movie adaptation. On the surface, I would say no, but if I’m being honest, I’d still probably watch one if it came out. It’s just so hard seeing a childhood hero of mine get such bad movies.

The reason why Robin Hood justifies stealing goes beyond taking from the rich. Whatever he takes, he gives to the poor. The Sheriff of Nottingham enforces unreasonable taxes on the poor and those who don’t pay are arrested. But the Sheriff is backed by the corrupt King John of England, Robin Hood’s chief enemy. If you’ve seen the stories, you’ll know how it plays out, but if you’ve only watched the movies, that’s a different story.

In the Kevin Costner movies, Prince of Thieves, his Robin Hood, with an American accent, never even encounters King John. That’s because King John wasn’t even in the movie, but that’s okay. All we needed in that movie was Alan Rickman as the Sheriff of Nottingham, in one of the most underrated performances ever. Take all that other stuff out and just watch Alan Rickman go to work in that movie. He was seriously brilliant and I found myself rooting for him. Okay, so Prince of Thieves wasn’t all bad, but it really could’ve been better.

If you want a faithful Robin Hood movie adaptation, go on Disney+ and watch the old animated movie. Robin Hood was a fox, Little John was a bear, the Sheriff of Nottingham was a wolf, and King John was a lion. What is it about talking animals that’s so appealing? Out of all the movies that tried to crack the Robin Hood lore, the old Disney movie did the best job. The hero outsmarted, outwitted, and greatly annoyed King John and stole a lot of his riches. And again, whatever he stole, he gave to the poor. This character actually makes us root for the outlaw. A very unique way, at the time, to change the game of storytelling.

Unless Disney plans on dishing out a remake or sequel of the old Robin Hood movie with modern animation, I can’t imagine Hollywood attempting another adaptation. But how can I forget the Ridley Scott Robin Hood movie from 2010? In case anyone forgot, it starred Russell Crowe as the titular character with his accent being kind of shaky. Was he trying to sound English or Irish? Either way, Russell Crowe did a fine job of portraying the English folklore hero, at least in my opinion. And if I’m being honest, I actually did like the Ridley Scott Robin Hood movie.

I know that I’m in the minority, but that movie was also an origins story. It ended with Robin Hood and his Merry Men retreating into Sherwood Forest and deciding to live outside of King John’s laws. At that point, the legend began. It was an enjoyable start to what I initially believed to be a first movie to an eventual sequel. And of course, we never got that sequel, and we probably never will. I know Ridley Scott has entertained the idea, but I think he has other projects in mind.

I can’t blame him, since not everyone enjoyed his take on Robin Hood, but I liked where he was going with it. His version showed the hero as a common archer who posed as Robin of Loxley for his own needs. Eventually, he realized what kind of danger all of England was in and became a more inspiring figure than the kind himself. Speaking of which, I think that was the first time I saw Oscar Isaac in a movie. I must say, the cast of that movie was top notch.

What do you think, movie fans? I think the time for Robin Hood movie adaptations is a thing in the past. If Hollywood can prove me wrong, then by all means, I’ll take a good Robin Hood movie. They got to do one of my favorite folklore heroes justice.