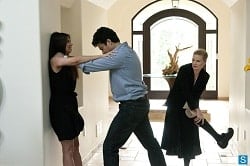 So marriage seemed to be the theme of this week’s episode, as it was featured — or at least mentioned — in all four story-lines.

First off, and most notably, we’ve got Carmen and her husband — oh, yeah, she’s married. Which actually explains why she didn’t want a relationship, come to think about it. Props to you, writing department, I guess. So yeah, Carmen’s hubby shows up looking to get her back and she is having none of it. That’s probably because he “didn’t care about her dreams” but probably more because he’s an abusive psycho; there’s a reason she snuck out of their house in the middle of the night rather than file for divorce, after all. Thankfully, though, when Hubby gets violent in a suitably melodramatic fashion, Sam shows up to get punched out and Odessa cleans up and takes out the trash via prosthetic leg to the cranium.

Yeah, that was pretty great.

Also great? Sam and Carmen decide to be friends — just friends, because Carmen can’t deal with an actual relationship. Which is awesome, and I really hope it doesn’t turn into anything, despite Sam’s general awesomeness.

On the other end of the scale, we’ve got Marisol’s plot where it’s revealed that A) her husband left her for a waitress and she adopted Eddie because she couldn’t have children and B) Eddie is an idiot who doesn’t give his lawyer his entire story/all the details regarding his relationship with the woman he’s being accused of murdering. It turns out that he had proposed to Flora (via email — no wonder she turned you down, Romeo) a week before she was killed, which pointed to motive and added some steam to that pesky first-degree murder charge. I have no words for the amount of stupid that boy is.

But all is not well — or rather, it gets worse: Spence, in an attempt to make infidelity okay —because Rosie is having none of this unchristian behaviour, and he refuses to let his child grow up with divorced parents — asks his wife for an open marriage. She’s completely okay with the idea, since she’s been cheating on him anyway, but laboring under the impression that Spence is so desperate to keep her that he’d be willing to give her a free pass. Her boy-toy corrects her, and because she’s an Evil Harpy Soap Opera Wifeâ„¢ she immediately goes on the offensive and asks Rosie to find the woman her husband wants to hook up with so she can maim her. Hypocrisy thy name is Peri. Rosie, on the other hand, agrees to it, if only to get the bribe-money from the woman to better help her son.

And if we’re talking about dysfunctional and loveless marriages, the crown jewel, in this episode at least, has to be the Powells. It is revealed that Adrian and Evelyn had a son that died when he was five or six on Evelyn’s watch and Adrian has never forgiven her for it. They only speak of the boy one day a year, on his birthday, and then go back to pretending he doesn’t exist and if that isn’t the most messed up coping mechanism I’ve ever heard I don’t even know what would be. Worse, though, is the fact that Adrian’s disgusting little hobby is a condition of his if he was to stay with Evelyn. Why she’d actively want him around, I have no idea, but I’m sure that, too, will be answered in time.

Oh, and finally we’ve got Val and Remi having their weekly drama. Zoila and Genevieve weren’t present this episode, which was a real shame. I actually like them. Anyway, Remi has a girl over and Val gets huffy because of it. Apparently the girl is an old ex of Remi’s from high school, and she’s only after him because he’s “marriage material” and seriously, what college-girl thinks like that? She also acts as a corrupting influence, tempting Remi back to the ways of coke. In any case, Val is having none of that and acts horribly unprofessionally by kissing her boss to make a point and then storm out. And this is after she gets into a brawl with the ex.

Well, that’s one way to tell a guy you love him, I guess.

No, I don’t know why she’s still employed either. 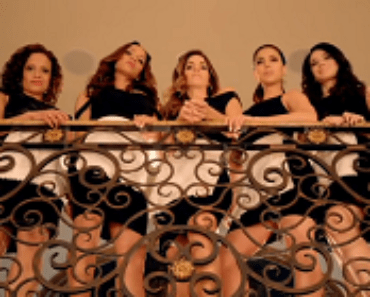 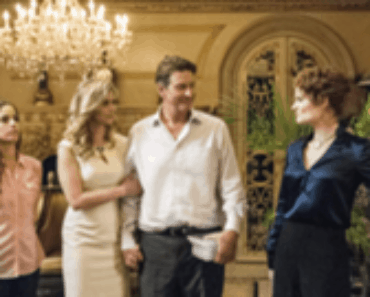 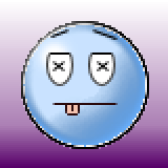