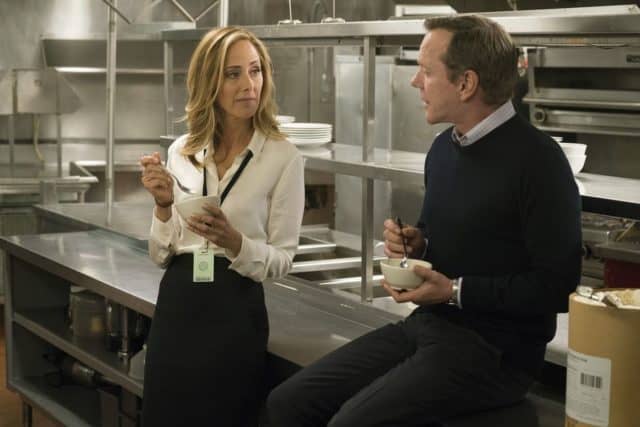 Breathe in the magic, 24 fans, because Kim Raver is back on Designated Survivor. Her return, and continued association with her former cast mate and current President of the United States, heightens the stakes in nuclear peace talks. In a move that resembles real life all too well, a missile test from a volatile nation threatens to put the entire world on the brink of war. President Kirkman tries to step in, but he gets far more than he bargained for. All of Dr. Frost’s (Raver) efforts to help might not be enough to save the country from a nuclear war.

President Kirkman was already in the middle of arranging a summit between West and East Hanchu when the East prematurely launched a missile test. This puts all nations on edge, especially with the knowledge that an East Hanchu citizen would soon be defecting to the United States in exchange for high-value information. Hannah is in the middle of bringing in this defector as the summit is going on, only to discover that the defector is the son of the chairman the President is meeting with. Worse yet, the kid is playing hardball. He won’t talk until the United States agrees to not only protect him, but his girlfriend as well.

In the meantime, Kirkman brings Dr. Frost back into the fold. She is willing to give both countries her new dome, a defensive measure against nuclear warfare. No defense contractor would dare give East Hanchu offensive materials to work with, but a defensive material with some favors thrown in, would be worth the while of a country in poverty. Unfortunately, the leaks keep coming. Not half an hour after the deal has been offered does news leak out to the media. It makes the whole situation even worse, putting Kirkman in the position of having to do a little acting. He pretends to hijack Dr. Frost’s corporation for a new deal without her consent. This is the only type of attitude the East Hanchu Chairman will approve of, so that’s the way it has to be. Luckily, she’s a fairly good actress too. These two make a very good team, as we knew they would. They even bond over both being widows over ice cream.

But the hovering threat of the East Hanchu Chairman’s son looms large over negotiations. The man refuses to go back to the table once he finds out that the U.S. is housing his son. He will only listen to one man, recently fired Secretary of State Cornelius Moss. As a former President with the confidence of both East and West Hanchu delegates, he gets the job done. But for whose benefit did he do that? 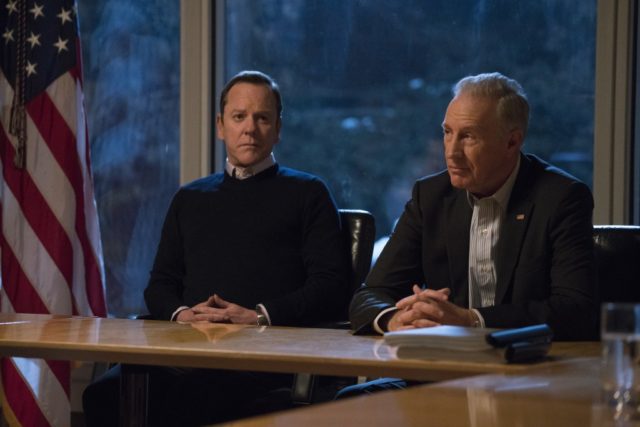 All the White House higher-up’s in close quarters at Camp Pendleton creates a little bit of personal tension. Seth goes to Camp David with Lyor and his weird doppelganger, leaving Emily to deal with the leak, as well as the sorting out of their relationship status. Seth and Emily’s relationship suddenly becomes very real when Kendra informs them they have to publicly disclose their relationship on paper. I was with her up until the point she compared the form to a prophylactic, but it kind of makes sense. It’s a preventative measure to ensure that both parties are covered in case of a parting on bad terms. If only Lyor could have had something like this when he was dealing with his evil doppelganger. It wouldn’t have taken him years to recover his reputation. And if only the President could have something like this signed in blood from his staff. It seems like that would have been the only way to prevent such enormous leaks of classified material.

Though I doubt even that kind of contract could have kept former President/Secretary of State Moss from leaking all that information. I was so hoping that the President was wrong about firing one of his most trusted advisers, but now it’s confirmed that he did the right thing. Moss can crow all he wants about leaking classified material for the greater good of the country, but there is no way that he didn’t do this for his own self-interest. He’s never really believed President Kirkman was the best person for the country, and that belief outweighed any loyalty to a man who would have, and did, go to the mat for him. They were supposed to be allies, friends in an uncertain world, but now it’s just a twisted tale as old as Cain and Abel. We all know how well that story turned out. Right now, the only alternative to that ending is that a dirty bomb on U.S. soil might end the world before Kirkman and Moss can go at each other. Not very optimistic, is it?

There is no doubt that Moss betrayed the President, but did he make any valid points about his leadership? Could Dr. Frost stick around the White House permanently?

Kim Raver returns to Designated Survivor in order to ease tensions over nuclear arsenals, but all her hard work might not be enough.