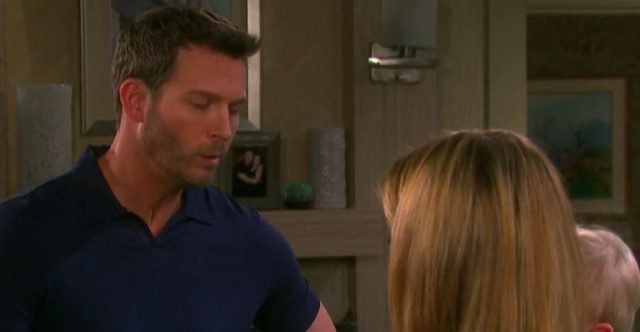 Summer is on the run on Days of Our Lives and it’s for a good reason. She’s made so many people angry and she’s upset so many of the people whose lives she wants to be a part of that she has to run. There are simply too many people upset with her, and there are too many people looking for her at this point for her to feel safe. We have some other issues with Hope and Rafe right now as Rafe has been kidnapped and will end up blowing up with a bomb attached to him. Will he actually die in the basement of Stefano’s house, or will he manage an escape that can be described as nothing short of miraculous?

We do know that Shawn is the one left to deal with the aftermath of all that has gone down at Stefano’s old home. We have some information, however, that might be of interest to you as fans of the show. We have information that tells us that somehow Rafe survives the explosion and that Hope is with him. Unfortunately, they are trapped in the mess that is the mansion that exploded, and now they have to hope that someone will find them. It’s safe to say that Shawn feels that they have perished in the explosion, and now we have to wait for them to find a way out of the mess or for him to find a way to get into the house and save their lives. Will he be able to do that, or will he not make the effort?

As far as Summer is concerned and her being on the run, it doesn’t look like she’s going to get very far. Brady and Theresa are destined to find her, and we have reason to believe that they will do just that in La Vegas and that they will confront her. What we don’t know is how she will react to being found and confronted. Will she run away again, or will she lie her way out of this situation? Will she make their lives miserable instead?