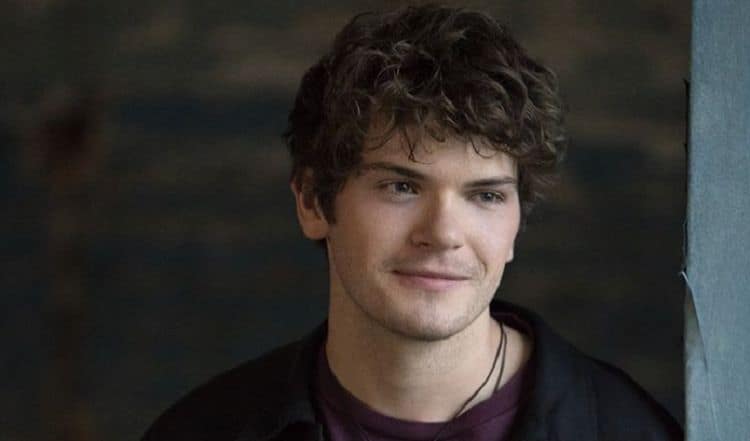 The last few years of Colton Ryan’s career have been more exciting than he could’ve imagined. Over the course of fewer than five years, he has gone from a relatively unknown actor to having a strong presence in the TV world. Colton got his first big break in 2020 when he was cast in the Apple TV series Little Voice. Since then, he has done a great job of keeping the momentum going. He will be playing Coco in the upcoming series The Girl from Plainville and the role has the opportunity to take his career to even bigger places. It’ll be interesting to see what other kinds of things Colton does in the years to come. Continue reading to learn 10 things you didn’t know about Colton Ryan.

Kentucky definitely isn’t a place that comes to most people’s minds when they think of lights, camera, action. However, for Colton Ryan, Kentucky is a place that will always be near and dear to his heart. He was born and raised there and it’s also the place where he initially developed an interest in acting.

Colton’s on-screen work is what has gotten him the most attention in the mainstream world, but he has had a very successful theater career. He made his Broadway debut in 2017 as a standby for the title character in Dear Evan Hansen. In 2020, he was also in the Broadway production of Girl From the North Country.

3. He’s In A Relationship

Not only has Colton been fortunate enough to find the thing in life that he loves to do, but he has also found the person he loves to be with. Colton has been in a relationship with Adrian Bumpas for more than seven years and the couple appears to still be going strong. Adian does not appear to work in the entertainment industry.

4. His First TV Role Was In A Popular Show

Some actors start their careers by making minor appearances in random TV shows, but that hasn’t been Colton’s journey. Colton’s first on-screen role was in an episode of Law and Order: Special Victims Unit in 2017. Although he only appeared in one episode of the show, it was still a great opportunity early on in his career.

Acting has definitely been Colton’s main focus over the years, but it’s not the only area of the arts he’s interested in. He also plays the guitar and sings and he’s fortunate that he’s gotten opportunities to work in things that have allowed him to combine his love for acting with his love for music.

Colton has worked very hard over the years to put himself in a position to be successful. After high school, he went on to attend Baldwin Wallace University in Ohio. He was actually still a student at the school when he was cast in Dear Evan Hansen. Colton graduated with a bachelor’s degree in music theater.

Storytelling is central to everything in the entertainment industry, and it goes without saying that Colton loves a good story. With that being said, though, Colton doesn’t always need to be the one telling the story, sometimes he likes to enjoy them from the other side and reading is one of his favorite ways to do that.

8. He Never Thought He’d Be A TV Actor

Colton is well on his way to becoming a TV star, but it’s not something he ever thought would happen for him. During an interview with TV Brittany F, Colton said, ” I grew up doing musicals. I grew up making music. That’s kind of all I’ve known. I never thought I’d be even invited to the party that is being on TV.”

In addition to having lived in different areas of the United States, Colton has also gotten the opportunity to travel to different parts of the world. He’s been to several countries like France, Jamaica, and Canada. Not only is traveling a great way to learn about new places and cultures, it can also be the perfect source of inspiration.

10. He Likes Helping Others

Colton is all about using his position in the world to help those in need. He has a link in his Instagram bio to the donations page of the Marsha. P Johnson Institute which was created to protect and defend the rights of the Black transgender community. It’ll be interesting to see which other organizations he aligns himself with in the future.