Home
Television
A Collection of Funny News Bloopers from January 2017 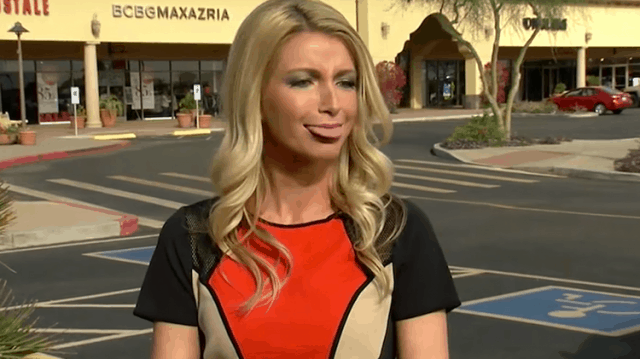 Let’s face it folks.  January of 2017 was a pretty serious month.   Politics ruled the airwaves and many of us had a very hard time sitting still.  The only solace was that an agreed upon dreadful 2016 was over.  But it didn’t take long for the Trump administration to strike fear into millions across the globe.  So if it felt a little more somber watching the news, that’s because it probably was.  However, what people rarely, if ever see on television, are news segments that are positive, funny, and even downright hilarious.

While you may be catching your local news in your region, other news outlets are reporting in their regions.  And I’m not just talking about the United States.  I’m referring to all over the world.   I bring this up because sometimes it’s nice to smile, even when you’re watching the news.   In fact it’d be nice if the news made us smile more often don’t you think?

The best way to do this?  It’s when you catch something completely unexpected.  During a sports segment a fan might get in front of the camera and do something funny.  On the street a news reporter might completely screw up their script and just start breaking down in laughter.  It’s rare that we catch these moments in our routine daily lives while observing but thankfully there’s a 10 minute video out there that compiles a bunch of these gaffes into one extended clip.

Enjoy these hilarious news bloopers from 2017.

H/T to FHM for this find.