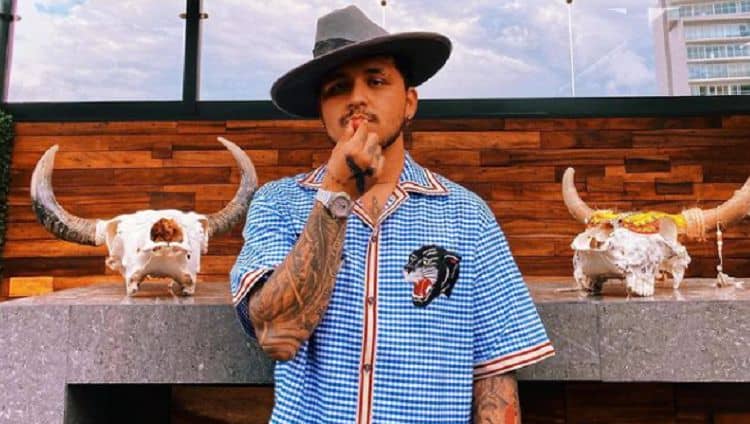 The world has its share of talented musicians, and Christian Nodal is one of them. He’s exceptionally famous in his hometown of Caborca, Sonora, Mexico, where he was born and raised alongside his family. He’s made quite a name for himself in the entertainment industry since his birth only 20-something years ago. His young age, however, does not define him or make him feel as if he hasn’t accomplished so much already. This young star is making waves, and his fans want to know as much as possible about him. Who is he? What’s he like?

You would not know it hearing him sing, but he’s barely an adult. He was born on January 11, 1999, just one year before the new millennium. He has such talent, and it’s easy to forget that he is all but a child. He’s only been a legal adult for four years.

In his short career, he’s already been celebrated more times than many people who have been in the same industry twice as long. He’s earned himself three Latin Grammy’s and two Latin Billboard awards in addition to several others. He’s only been singing professionally since 2017, and he’s already award-winning.

3. He Has Always Been a Singer

According to the young singer, this is his life passion. He’s been singing since he was four. At the age of four, most kids don’t even know how to tie their shoes or write their names. He already knew he loved to sing and that he would be someone in the music industry at that age.

4. He is Instrumental, Too

Instrumental in so many ways, yes, but we really do mean musically this time around. He’s a star who has taken the time to focus on his career, but he’s also made sure he can play the instruments he needs to play to make himself happy and to honor his own music. He plays both piano and guitar. What’s even most astonishing about this is that he is a self-taught player in both aspects.

5. His Family Inspires Him

His family, all musicians by the way, inspires him more than anyone. Not only is he quite close to them, but he also looks up to them and admires them for all they do. He learns from his family, and he allows himself to recognize the strength in that. He knows that they are the most important people in his life, and that their own experiences are his best teachers.

6. He Has a Spirit Animal

When it comes to spirit animals, we all have one. Mine, for example, is my sarcastic, witty, hilarious 10-year-old daughter. Nodal’s is a panther. Sleek and strong, quiet and reserved, and really one to keep to himself, we can see that.

7. He Believes Music Makes You Stronger

At the end of the day, this is a young man who knows the power of a song. He knows that music can do all things by making you nostalgic, happy, excited, heartbroken, strong, proud, and everything in between. He believes that listening to these songs can make you feel like a stronger person when you’re hurt or down, and he encourages people to find peace in music.

At the age of 22, he knows that he doesn’t have to share his entire life with the world. He knows he can keep a few things to himself, and that he can share what he feels like sharing. He recognizes that he is not obligated to do anything other than being himself, and that’s wise for someone his age in the digital connection kind of society we’re currently living in.

At the end of the day, this is a young man who is just plain proud of the work that he does, the music that he creates, and the thought and soul he puts into everything he does. He is not one to partially praise himself or question his talents. He knows he is skilled, and is proud of the work he has accomplished thus far in his own life.

The best thing about this young man is that his fans love him – a lot. They adore the work he does, and they know that he is someone who can make things happen in his life. He’s a man who has a situation already under his command and control, and he knows that he can keep making music. His fans eagerly await all the new work he puts out.