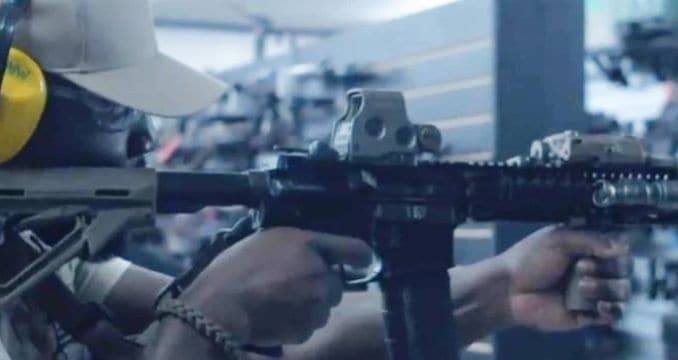 If one is going to be taking on a role in a John Wick movie there are definitely a few things that need to be understood, and one of the most important is that the training is going to be intense. It’s justified in a big way though as Shamier Anderson has been finding out since the movie is demanding that there be top-level combatants that can slug it out with one another in a constant bid to be the best assassin out there. The one thing about this particular story is that John Wick IS the best, and every assassin in the movie would likely give up just about anything to be the one to take Wick out. Given the level of intensity that Keanu Reeves has been said to bring to these movies, it’s fair to say that those that are acting with him in any action scene need to be just as dedicated to their training to make it work. That makes sense really, since it doesn’t pay to have someone that’s been training their butt off go up against someone that gives a lackluster performance.

The fight scene between Wick and Zero, played by Mark Dacascos, was impressive since it was the type of fight that one kind of expected, save for the fact that Zero was a little too talkative at times. But it was still a great fight scene since it unveiled a couple of talents that John hadn’t unveiled yet, like being able to hide in plain sight. Given that each movie has grown progressively more dangerous and more intense, one has to wonder what part 4 is going to be like since it’s bringing out some heavy hitters in the action genre, such as Donnie Yen, Scott Adkins (reportedly), and several others that are well-known to many fans. Plus, the end of the third movie ended in a way that’s only going to increase John’s anger, which has been mounting since the first movie when he was thrust back into the life of an assassin, and the second movie, when he was dragged back.

Now, after being shot multiple times until he fell off of a roof thanks to Winston and his need to keep his hotel, John has a great deal of motivation to come after not just anyone who openly attacks him, but it’s fair to say that he’ll be going after the High Table as well. With the way he was spoken of in the first movie, as being the man that was hired to take out Baba Yaga, the boogeyman, it feels fair to say that John could do this if he had the materials and the allies, since he already has the motivation. But the training for part 4 is no doubt bound to be just as intense as ever, and possibly more so since there are more moving parts and it’s bound to happen that we’re going to see John travel to other parts of the world once again to keep things moving forward in his bid to take on the High Table, hopefully. Plus, fans have become extremely used to seeing John and those around him defying reality as much as possible, or at least skirting along the edges of it when it comes to the things they do.

Part 4 should be headed to theaters in May 2022, which means we have just under a year to go before we get to see how things pan out after the Bowery King has John brought, broken and bloody, to form an alliance with him against the High Table. The movie would have come out this year if not for the pandemic, but many studios are still doing what they can to get back to a normal state of business after nearly a year of having to be shut down to stop the spread of COVID. Now that things are revving back up though one can imagine that a lot of actors are back in the gym and doing what they can to get back in shape for their roles. So far the efforts taken are impressive, and those that are being made for John Wick 4 are looking absolutely brutal, but so long as they produce results and get people ready for their roles, all the better.

From hand to hand combat to training with firearms, watching Shamier Anderson go through his training is an indication that this next movie is going to be all kinds of impressive since we already know what to expect from Donnie Yen, and Keanu, after his character heals up, should hopefully be back to fighting strength and ready to take on all comers again. John Wick 4 is going to be an epic no doubt, and it’s going to be worth the wait as many people are already thinking.