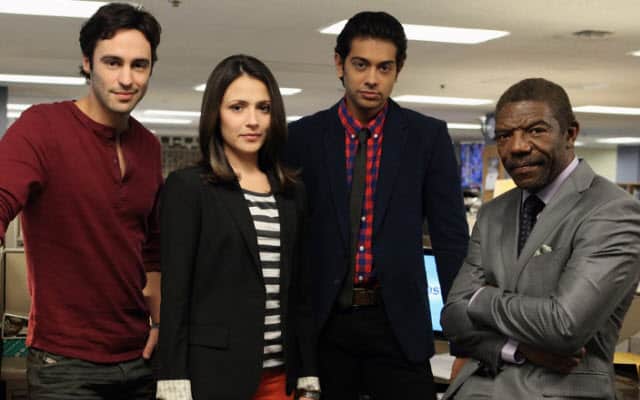 At first glance, ABC Family’s newest series, Chasing Life, is a chop off the network block: a drama-laden storyline centered around a lovely 20-something female protagonist. But what separates this new-kid-on-the-block show is that it is universally relatable – and you just can’t help but actually like the main character April Carver (Italia Ricci).

April (Ricci) is probably you or someone you know – a 24-year-old rookie journalist at a Boston newspaper who will stop at nothing to further her career, including crashing a charity event, pretending to be a generous blood donor in order to score an impossible interview. Right when it seems like her attempt at succeeding at work was in vain, her luck shoots straight up: she ends up writing a piece that impresses her cranky, senile boss and nabs herself a promotion from “floater” (read: intern) to actual staffer. Her love life is on the up as well, as Dominic (Richard Brancatisano), the entertainment reporter she’s been crushing on, asks her on a first date that ends in sparks – and a kiss!

Her luck comes crashing down when April’s estranged uncle George (Steven Weber) shows up at her door to deliver some very bad news: she has cancer. While the news is something people tend to let their families know ASAP, her home life doesn’t exactly lend itself to her disposal. Her troubled sister Brenna (Haley Ramm) has reverted back to her trouble-making ways and her mother (Mary Page Keller) has just started dating since their father/her husband died. You can tell April really wants to tell her mother (and who wouldn’t?!) but also doesn’t want to ruin her mother’s newfound happiness. When the mother tells her that she “can’t remember when [she] was this happy,” you can’t help but feel April’s heart breaking.

The whole time she’s known about her condition, you want her to scream her secret out to everyone she loves, but she doesn’t utter a peep to anyone in her life. She only does so in a heart wrenching final scene at her father’s grave – someone who can’t physically console her. To make matters worse – and to further the drama – upon departing from the gravesite, April comes into contact with a girl who mentions she’s there to visit her dad – only to see that girl place flowers at April’s father’s grave… DRAMA! Not only will she have to endure carrying her c-word secret around solo, worry about the status of her on-going relationship with Dominic as well as her work and home life, poor April also has to deal with the drama of a new-found, unknown sister! Will she ever catch a break?

Upon seeing the preview for the show weeks ago, it seemed that Chasing Life was more suited as a Lifetime movie, but after checking out the pilot – with all its twists and turns – it’s definitely on-brand with ABC Family and seems like it has staying power. It will be exciting to FINALLY see April reveal her big (and extremely sad) secret to her family and friends, especially to her mother; that can’t be an easy moment to watch. Ricci does an amazing job in making you feel sorry for her, in particular that one shot in the kitchen when she’s alone and crying – it’s enough to make you want to cry along with her. 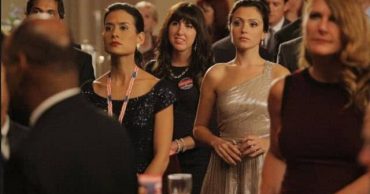