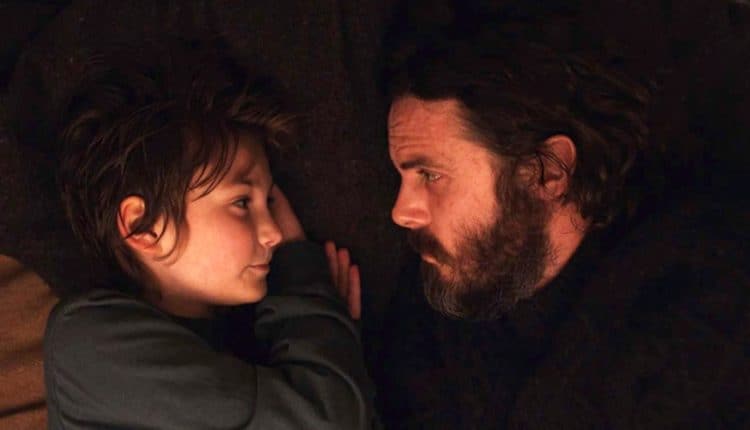 There’s actually a part of me that wants to sympathize with Amy Zimmerman of The Daily Beast when it comes to admitting that Casey Affleck seems to be compensating, or trying to make amends, of a past that had to do with the MeToo movement. Affleck was accused by a couple of women during this time that said he made their lives rather miserable and created a work space that was anything but comfortable. Later on Casey would go on to admit and forego an appearance at the Academy Awards, in which he actually won a category. But it would seem in making this movie, Light of My Life, he’s gone had and angered a few more women, or rather, quite a few, by showing a story that might have a lot of hardcore feminists in an uproar already.

There is a reason though why a lot of men might not go along with the idea that this movie is anything but provocative at the very most, and that’s because throughout the last few years a lot of men have had to hear all about how evil, misogynistic, misguided, and downright terrible they are to women no matter if they’ve never hit or verbally abused a woman in their life. Men have had to hear how women are the stronger sex and have seen movies and TV shows turn into long-winded rants showing how feminism is the way and how the male ego is nothing more than toxic masculinity in action. Casey did admit to what he’d done and he did try to make amends, but he’s also decided to keep doing what he’s been doing and as a result has created a rather interesting movie that might have some women ready to spit nails in the near future.

The premise of Light of My Life is that a plague of sorts has killed off mass numbers of women, leaving next to none alive and basically leaving the men to figure out the world on their own. This is somewhat similar to Stephen and Owen King’s book Sleeping Beauties, but there’s no supernatural lean to the movie. Affleck’s on screen daughter is one of the few females in the world, and he does his best to disguise her as a boy since he doesn’t want anyone figuring out that she’s female it would seem, as this would likely mean her end or could mean that she would be kidnapped and subjected to horrors that no one would want to think about. In this kind of world any good father would want to keep their daughter safe and hidden away since despite the urge to fight against the tide and state that the detractors are right, the nature of men is sometimes a very unpredictable and violent thing.

In some ways it seems as though Casey might be trying to atone for his misdeeds with this movie, but at the same time getting rid of every woman in the world, almost, makes some people think that he’s striking back in his own way to one end or another. Some men would no doubt call this payback for the feminist ideals that have been thrust into the spotlight as of late, but that’s likely a great deal of propaganda and not the truth. If anything, Casey seems to have made a movie that features an interesting but very tragic story, one that offers only small tidbits of hope and a great deal of despair and possible depression thanks to its strange post-apocalyptic feel.

The most important thing to remember though is that it’s a movie, a story, and not in any way real. Too many people get bent out of shape about the smallest things these days that it would seem trying to stir up trouble and harmful sentiment when concerning a movie is fairly easy and possibly futile. As Zack Sharf from IndieWire stated, Affleck did admit what he’d done, and while it’s not right, as he now knows, he’s doing what he can to make amends. This movie might well have been inspired by the incident, but it’s also very likely that it didn’t have much else to do with the whole gist of the story. Those that come up with stories are often pulling them from the ether and using experiences they’ve had, good or bad, to flesh them out. Whether they become an extension of how they’re feeling at that moment or are simply a product of a vivid imagination and good story telling is hard to say, but in this case it would seem that as though Affleck might simply be trying to push a story that might be interesting and worth a bit more than some people might want to think. Honestly, sometimes a story is just a story, no matter what people might think.