Home
Television
This is Why Cartoon Characters Wear Gloves So Much 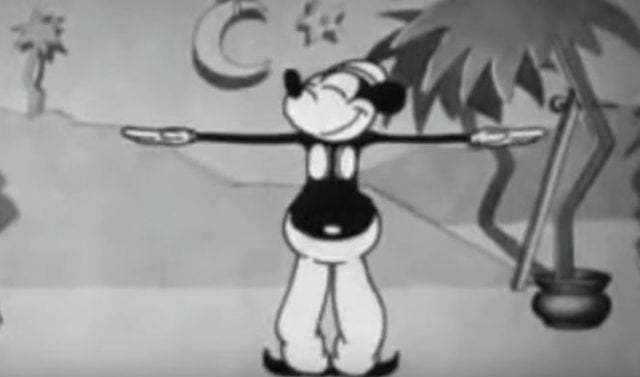 It’s a question that I think many of us have asked at least once in our lives.  “Why did cartoon characters wear gloves?”  Ever notice that?  Back in the older days with animation you had characters like Mickey Mouse, Goofy, and plenty of others wearing gloves.  But why?  While it’s a perfectly common and appropriate question, we haven’t really gotten a full detailed answer, until now.   Turns out there are more answers than you might realize.  Animators had plenty of tricks up their sleeves.  One animator on Reddit had this to say:

Cartoons are drawn on transparent layers and although these layers are transparent, light still has to pass through them and when it does some of the ‘brightness’ is lost. The further away the layer is from the light source, the darker it will be. So you would draw George Jetsons body on one layer, and his head on another. But the light won’t shine through both layers evenly and you might end up with Jetsons head being slighter darker then his body.

If you put his head on his neck, you would notice the color change. To make this less notable, animators would add a neck tie or a collar or a necklace to separate the head from the neck, so the slight color difference wouldn’t be noticed. People who color would try to compensate for this light difference and chose darker or lighter colors but it was almost impossible to guess. That’s why in a say, a Scooby Doo cartoon, a static bookshelf is one color, but the book the character interacts with stands out as a different color.

However, to find out the answer to why the characters wore gloves specifically, check out the video below: