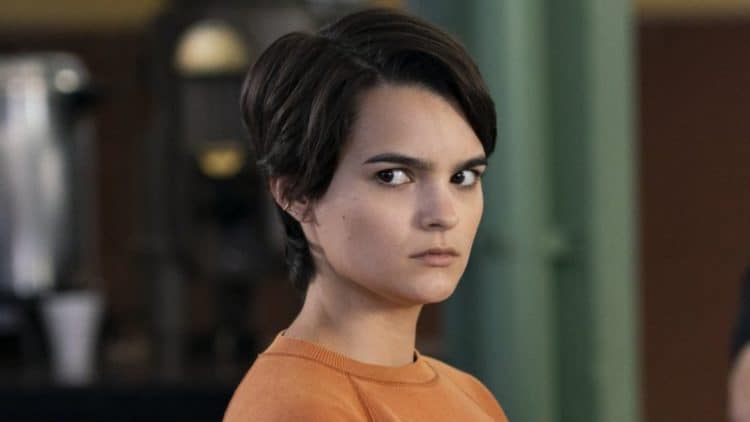 Brianna Hildebrand is still a relative new comer to professional acting, but she’s already making some major moves. Since making her first on screen appearance in 2014, she has gone on to be cast in roles in movies like Deadpool 2 and Playing with Fire. While most of her experience has been in film, she is best-known for her role in the Netflix series, Trinkets. In her role as Elodie Davis, Brianna has won the hearts of viewers all over the world. Although Trinkets is in its final season, fans can rest assured that they’ll be seeing plenty more of Brianna. She has a few film projects in the works and there’s no doubt that Brianna is going to do her thing. Continue reading for 10 things you didn’t know about Brianna Hildebrand.

1. She’s A Member Of The LGBT Community

Brianna isn’t a huge fan of labels, but she is a proud member of the LGBT community. At an early age, she realized that she was attracted to both men and women. Although she knew that her orientation wasn’t something that everyone would accept or understand, she always remained determined to be herself.

2. She Wanted To Have A Career In Music

Becoming an actor wasn’t always on Brianna’s radar. Instead, what she originally wanted to be was a singer. She began writing and singing her own songs at a young age and was inspired to learn to play the guitar by her older brother. She hasn’t released any music of her own yet, but there’s definitely a possibility she will do so in the future.

3. She’s Worked With The It Gets Better Project

Brianna is passionate about helping others, especially young people. She hopes that the platform she’s build will inspire others to know that it’s okay to be themselves. In 2016, she recorded a video with the It Gets Better Project. The project’s goal is “to uplift, empower, and connect lesbian, gay, bisexual, transgender, and queer youth around the globe.”

Brianna was born in a small city in Texas called College Station. She relocated to Los Angeles as a teenager to help start her career. She told Interview Magazine, “When I first moved out to L.A., I was still 17. The deal with my dad was that I would be able to live out there if I were to treat my acting classes like college classes. So when I moved, that’s all I did: trained and auditioned. When I first moved, I hated it.”

5. She Records Herself To Help Learn Lines

If you’ve ever had to memorize something word for word, you know just how tough it can be. With that being said, learning a movie or TV show’s worth of lines seems almost impossible for those who’ve never had to do it. However, Brianna has a unique strategy for learning her lines. She says, “I’m an auditory learner. I like to record myself saying something and listen to it over and over, or I’ll say it over and over.” She also repeatedly writes down her lines in a notebook.

6. She Likes To Work Out

Everyone has something they do to decompress and unwind. For Brianna, working out is one of those things. When she has time off from work, she enjoys exercising by doing things like yoga and cycling. Not only is regular exercise good for staying in shape, it’s also a great way to release the stress of a hard day’s work.

7. Invisibility Would Be Her Super Power

If you could pick just one super power, what would it be? If you’re like most people, you’ve already put lots of thought into that question. For Brianna the answer is simple: she’d chose invisibility. However, her reason for wanting to be invisible isn’t what you might guess. She would use this power so she could cut people in line.

Since releasing her debut novel in 2014, Roxane Gay has become one of the most popular writers of her generation. She is well-known for her thoughts on feminism, race, and sexuality. Needless to say, Brianna is a fan. She told Paper Magazine that she looks up to Roxanna and is “in love” with her  work.

Mornings are a tough time for a lot of people. Although everyone wishes they could get up early and get a head start to the day, that’s usually easier said than done. Brianna, however, is really about that early morning life. Whenever she can, she likes to get up early and be productive.

10. Ryan Reynolds Was Her Childhood Crush

There aren’t too many people who can say that they’ve gotten the chance to meet their childhood celebrity crush, let alone with with them. Brianna Hildebrand can say both. As a child, she had a huge crush on Ryan Reynolds which made the opportunity to work with him on Deadpool 2 even more exciting.