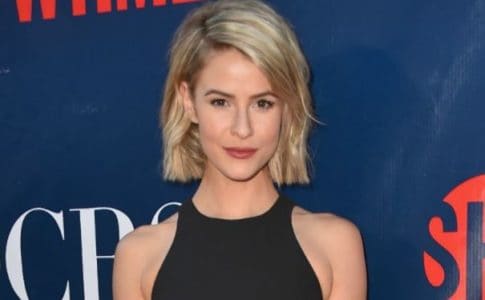 The Bold and the Beautiful spoilers for this week tell us Caroline is coming back. She’s got some work to do in town, and part of her plan is to get Thomas back. Unfortunately, he’s already moved on from their short relationship to spend more time with Sally, and she’s not going to find that particularly to her liking. She probably won’t return this week, but we can speculate what with the holiday being today that she might be back sometime this summer. If she comes back, what does this mean for Thomas, Sally, and even Ridge?

Caroline wants Thomas to spend time with their son. He is a father, after all, and we seem to forget that being that she’s not around very often. She is going to show up wanting her baby daddy to spend some time with their son, and she might decide she’d like to pursue a family with him rather than just being that woman who was engaged to his father on a break he hooked up with and got pregnant that one time. It’s a messy situation.

Or will she come back in hopes she can get Ridge back in her life? She messed up big time when she slept with his son while they were in the middle of a break, and he might not want to get back together with a woman who is also the mother of his grandson. But, then again, he’s also been having an inappropriate relationship with the woman his own father is married to, so who is he to judge a hookup like this one?