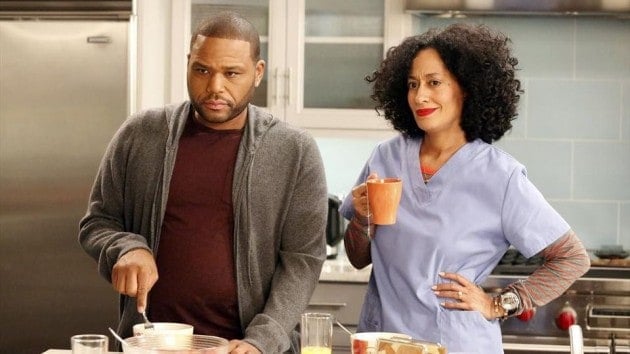 There have been times where it feels like Black-ish is a little too concerned with trying to subvert expectations – nothing as heavy-handed as the pilot could be, of course, but there are still moments where Black-ish firmly wants to be known for an atypical approach to traditional sitcom stories. “Laws of Attraction”, with its boiled down sexual politics, is very much one of those moments; oddly, the episode presents these gender tropes and one-dimensional ideas… and ultimately decides to embrace them, which creates a dissonance between the conflict and resolution of “Law of Attraction” – or at the very least, the show’s presentation of it.

When Dre doesn’t intimidate a man who cut off Rainbow at the valet line, Rainbow questions her attraction to him, while Ruby rekindles her fire with Pops when he does stand up for Bow. That’s all there is to the story of “Attraction”; from there, the show inserts its Theory of Caveman and Cavewoman (via very cheap-looking animated sequences, a very off-putting set of cutaways), and goes nowhere with it. The show appears to be approaching the idea of attraction in an interesting way from Bow’s point of view, but after she rightly questions why her subconscious is shying away from Dre, the episode no longer seems concerned with the conflict. Instead, it focuses on the slapstick-y mirror story, with Jenifer Lewis blowing Pop’s fancy vehicles up in flashbacks, and the two of them frustrating Dre with their sudden re-attraction.

There are two interesting stories for Black-ish to throw curve balls into; yet the episode does neither, shifting its attention back and forth from an under cooked, hilarious kids story line (will someone PLEASE explain to me where and when Zoey would ever get into drama?), back to the simplistic characterizations of Dre and Bow, the latter of whom cooks steaks and hangs up televisions to replace the lack of testosterone she perceives in her husband. Not much of it is funny (as always, the laughs are consistently found with Dre Jr. and Charlie), and in the end, it feels a bit empty, tying off a neat resolution where Dre yelling at his father flips the switch for Bow (and does the exact opposite to Ruby).

It’s a logical conclusion, sure, but a disappointing one given how it began with two characters reflecting on the instinctual nature of attraction, and how the lack of logic in that attraction can be life’s great, frustrating mystery. Instead, it turns into a lot of ham-handed yelling, with enough cutaways to make a Family Guy episode jealous. I would’ve much rather this episode pushed all that nonsense to the background and focused on Zoey and Dre Jr., which not only had a lot more comedic promise, but seemed to be a great moment to bring depth to some of the less-defined children’s roles (again, like Zoey being into drama, enough to the point she can capture an audience and doesn’t want her brother to ruin it).

We do get the hilarious closing tag with Dre Jr. filling both roles, but it comes along with a complete lack of resolution for Zoey’s presence in the episode, along with the unfunny image of Dre smiling to his parents arguing behind him. In the end, “Law of Attraction” didn’t have much to say at all, about anything: and that lack of self-recognition beyond “we are what we are, and can’t control it” brings Black-ish‘s first episode of 2015 to a disappointing conclusion. 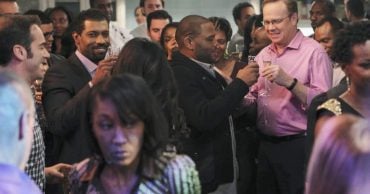 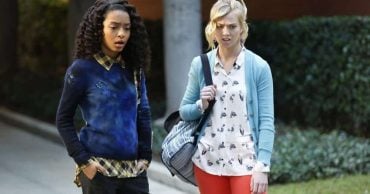 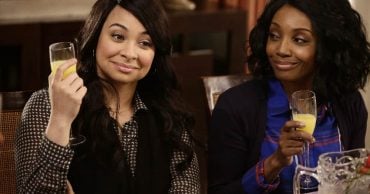 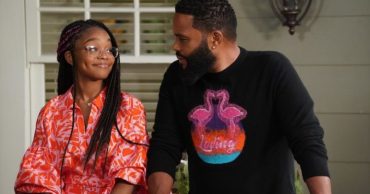 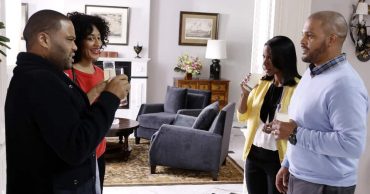 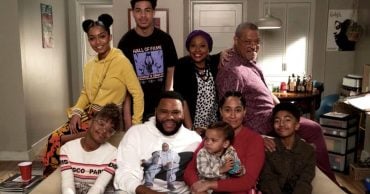