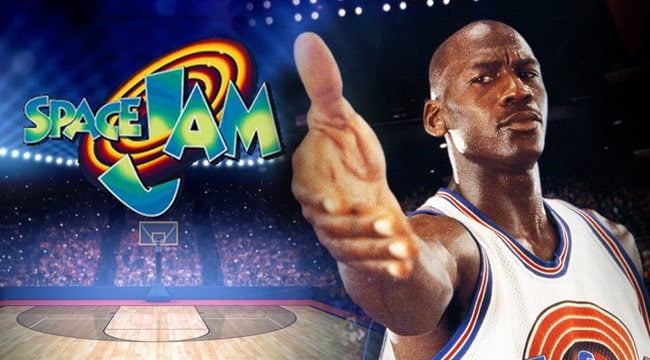 It’s usually kind of interesting to at least check in on retired athletes and see what they’re doing with their lives after a period of time spent playing the sport they loved so much. Some of them don’t go on to do much that’s noteworthy or worth mentioning aside from the tabloids, while some manage to keep themselves in the public eye with a variety of different methods. Then there are those that decide to step into a different spotlight at least once or twice in an attempt to do something great or perhaps just try on the role of a movie star for a short time. Some of them have been pretty successful while others have been noted and not all that great. Then there are others that might have starred in cult classics that are memorable for how good or bad they really were. The point is, some movies have featured retired athletes and have been held up throughout the years as some of the greatest movies of all time.

Here are just a few movies featuring retired athletes that looked like they were in their prime.

Wilt Chamberlain was a definite treat to see in this movie even though his character didn’t seem that well-developed. His character, Bombaata, still gave Conan a run for his money since his size and his reach were insane and simply tangling with him was enough to make one think twice since in the movie his strength wasn’t anything to sneeze at either. What’s amusing about this character is that if you read the novels in which he appeared he was killed in a much different manner and he wasn’t captain of the guard, he was a mercenary. But in this light he was a much more impressive character since anyone going toe to toe with Conan is bound to be remembered to some degree.

A demolitions expert and a grappler, Toll Road is the kind of guy you don’t mouth off to casually unless you’re just as tough, if not tougher, than he is. Randy Couture was one of the best picks for The Expendables since he has a grizzled and very rough look that makes him seem perfect for such a role. That being said he’s been proven to be a rather nice guy to some and a terror to others since unlike a lot of actors he is actually a very skilled fighter and could use the skills he’s learned to really dish out some pain. What’s fun but also regrettable about this film is that some of the cast members really did need a trip to the doctor when all was said and done.

Sloth wasn’t the first or the only role that John took on but the character was definitely one of the most tragic since his back story is just horrible. People are still grousing today about how negative this character really is when the whole idea of Sloth was that he fit with the idea of The Goonies in that he was a figure to fear at first but eventually turned out to be quite childlike thanks to the gross negligence of his mother and his two brothers. In the end it would seem as though there might have been closure for Sloth, but in a very idealistic manner that only kids would think might work.

Just to be clear, Michael Jordan had stepped away from the NBA to try and play baseball for a short while, but he was back in the game when this movie aired. However, it did focus on his time as a baseball player and thus a retired basketball player, so after splitting a few hairs it works. Plus, it’s one of the greatest movies featuring an athlete ever made if you ask a lot of people, so keeping it on this list makes sense. It was a funny and very engaging movie since it did what only a few movies before it had ever thought to do, mixing live action with animation in order to come up with something that seemed entirely lifelike but still delightfully cartoonish.

Jeez, take your pick on this one. Bill Romanowski, Michael Irvin, Stone Cold Steve Austin, Brian Bosworth, even Kevin Nash though he wasn’t retired at the time. This movie was just full of popular sports stars along with other noted celebrities and stars that made it one of the most exciting remakes in history. Some would argue that it wasn’t that great and others might say that it was okay but not as amazing as some might think, but overall it was the kind of movie that was fun simply because one got to see so many familiar faces from the past and present.

Sports stars can in fact act, as it’s been proven time and again.

Binging with Babish: Mayor’s Request from Cloudy with a Chance of Meatballs

Whatever Happened to Hassan Johnson?

Whatever Happened To Corey Phelps From “Too Large”?