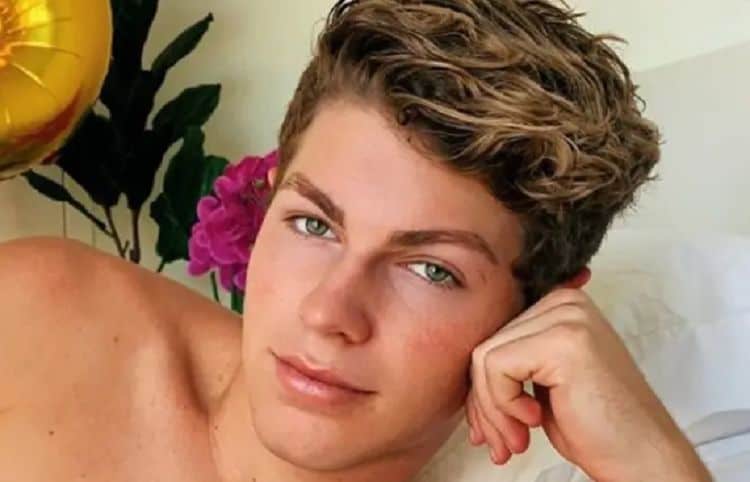 There are social media influencers, and then there’s Ben Azelart. At just 18-years-old, he’s already built an empire. With a following that is made up of millions of people, Ben is dominating almost every social media platform and it’s easy to see why. He’s funny, handsome, adventurous, and humble – qualities that almost everyone can appreciate. Ben is known for posting a wide variety of videos and he often likes to put together little comedy skits. With a passion for creating content and knack for giving the people want they want, Ben Azelart likely won’t be going anywhere any time soon. Keep reading for 10 things you didn’t know about Ben Azelart.

Hawaii is a place that most people would consider paradise, and Ben Azelart was lucky enough to grow up there. He was born and raised in Hawaii where he spent lots of time surfing and enjoying the beautiful weather. Once his social media career took off, he relocated to Los Angeles which is also a place that lots of people would consider paradise.

Being an influencer wasn’t always in Ben’s mind. He actually fell into it by accident. While surfing in Hawaii, he ran into an influencer named Alex Hayes who encouraged Ben to start posting on social media. After spending a day with Alex, Ben was interested in the influencer lifestyle and decided to start building his platform. Initially, he simply started by posting beautiful things around Hawaii that he enjoyed himself. His posts quickly began to take off and he started coming up with other content ideas.

Even though Ben is best-known for his social media presence, he is actually a skater at heart. However, if he wasn’t skating or building his brand on social media, he knows exactly what he’d like to be doing. As someone who enjoys taking risks and trying new things, he would love to be a pilot.

4. He Has Interesting Taste In Food

Have you ever loved a dish so much that you found yourself eating it constantly? That’s something Ben can relate to except his favorite foods are kind of surprising. Pasta salad and waffles are two of his favorite foods. He says that at one point he was eating pasta salad about five days a week.

One thing that many people don’t know about Ben is that he is French on his father’s side. Despite being born and raised in the United States, has a very close connection to the French culture. Almost all of his father’s family lives in France and Ben visits about two times a year. He also speaks fluent French.

6. He Was A Competitive Skater

Skating isn’t just something Ben likes to do for fun. He also used to skate on a competitive level and traveled around the United States to enter in contests. One of his proudest moments was winning a competition he entered in Minnesota. The event was the highest level of competition he ever participated in.

Ben Azelart is far from a ‘regular’ influencer. He doesn’t just dominate on one platform, he has a massive following on all of them. His YouTube channel has more than 4.5 million subscribers. What’s even more impressive, though, is the fact that his videos have more than 400 million total views.

We all have fears, and unfortunately, it’s not always possible to avoid the things we’re scared of. That’s definitely the case for Ben whose biggest fear is flying insects. Ben is so scared of these bugs that he once refused to sleep in his bedroom because he saw a flying roach and wasn’t sure where it went.

One of Ben’s biggest pet peeves is having to wait in traffic. Of course, no one likes to be stuck in traffic but as someone who lives in Los Angeles, Ben probably spends a lot of his time trapped in a line of cars. Sadly for Ben, there isn’t really anything he can do about except for leave the house extra early.

Ben loves to travel and he does it as much as he possibly can. On top of his regular trips to visit family in France, Ben has also gotten the chance to go to lots of other cool places throughout the years. Some of the countries he’s been able to visit include Italy, Japan, Australia, and Mexico.