Home
Movies
BB-9E: What Do We Know about the New Star Wars Droid? 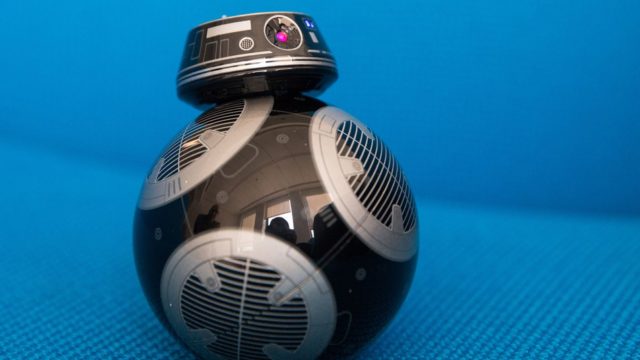 Episode VIII is coming out in a few months. As a result, more and more information about what interested individuals can expect has been coming out, whether released by Disney or leaked by people who have seen the upcoming products. One example is the leaked packaging for Lego sets revealing BB-9E, which was called BB-H8 by the people on the Episode VIII set over the course of shooting the movie.

Given its name, it should come as no surprise to learn that BB-9E is a BB-series astromech droid, which is something that it shares with its counterpart BB-8 from Episode VII. This means that the new character can be recognized by the same domed head resting on top of a spherical main body. However, since BB-9E serves the First Order rather than the Resistance, it comes with black plating while its sensor comes in a rather ominous shade of red. In other words, it is pretty much BB-9E’s evil counterpart.

Not much has been revealed about BB-9E so far, but since it is a BB-series astromech droid, there are some general guesses that can be made. For example, it is an astromech droid, meaning that its intended role is to sit in a socket on a starfighter so that it can provide repairs, navigational assistance, and other forms of help. As a result, it seems possible that it will be helping out a starfighter pilot on the side of the First Order, which narrows down the list of potential characters by a fair bit. Furthermore, it is interesting to note that the BB-series astromech droids are supposed to be famous for their dedicated personalities, though considering how BB-9E was called BB-H8 on the set, it seems probable that its contribution to the narrative will be notable when it comes.

What Is the Supremacy?

Regardless, it is interesting to note that news of BB-9E came with news of the Supremacy, which is the one known example of the First Order’s Mega-class Star Destroyer. This is because BB-9E is supposed to serve on said ship, which happens to be the flagship as well as the command center of the First Order as a whole.

In shape, the Supremacy is a significant departure from its counterparts in the sense that it looks more like a wedge than a spade, being much wider than it is long whereas other Star Destroyers have been much longer than they have been wide. In total, the ship is supposed to measure 60 kilometers in width, which makes it a huge vessel by the standards of the setting. To be honest, this is rather unsurprising, considering that the Empire has never been known for its subtlety. Since the First Order are the worst elements of the Empire fed on revanchism, it is no wonder that it has followed the same philosophy that resulted in the Death Stars as well as the Super Star Destroyers.

Regardless, it seems certain that the Supremacy will be showing up in Episode VIII, though it remains to be seen what will happen. As stated, it is not just a flagship but also the command center of the First Order as the personal ship of Supreme Leader Snoke, which comes with the ability to carry stormtroopers as well as serve as a harbor for full-sized starships. This means that it could have a wide range of roles in the upcoming Star Wars movies, which could include an attempt by the Resistance to launch a decapitation strike of their own.