Home
Movies
An Injustice Movie Is Coming from DC and Warner Bros. 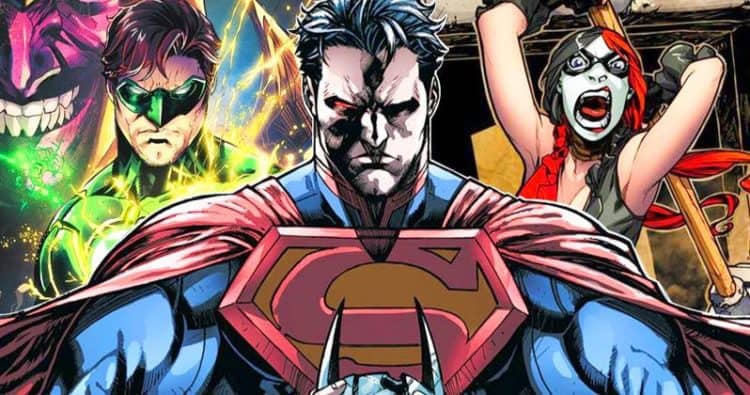 There a couple of things that the DC universe has been doing right, and that’s TV shows and animated movies since they’ve been dominating in both fields for a while. That’s a plus really since the plan to create an Injustice movie is coming and one has to wonder how so much material is going to be bound up in one movie, or if DC will do what it did with the video game and include a sequel. Just to start out though it’s exciting to think about since the idea is that they’re not going to pull any punches with what’s shown since an R-rating is likely to happen considering how dark this particular story goes, and it’s easy to think that this will attract quite a few people that would like to see how the story will play out once again. The Injustice storyline is definitely troubling since it explores the idea of what might happen if the superheroes that people depend on so much went bad and became dictators rather than those that sought to help the people in need. Just thinking about Superman creating a totalitarian regime is kind of disconcerting since there aren’t a lot of people that can stand against him without aid, and even Batman has had serious troubles in trying to subdue the man of steel in the past. But given that this mess was started by the Joker when found a way to corrupt Superman and made him kill Lois Lane and their child, the chaos that would come from it was a master plan that might have been worth dying for according to the clown prince since he did get the most important laugh on Superman and the others since they were firmly set against each other after this.

As a story, Injustice is one of those that a lot of fans likely felt was insane since pitting heroes against each other is nothing new, but the kind of conflict that was brought in this series was unheard of for a long while. The dark nature of the story is something that helped to make it exciting for a lot of people since it can be said that a lot of people who weren’t DC fans have taken a look at this and found it intriguing. Superman going bad happens to be a popular story that’s been placed in the movies but never to such an extent. Even if this is an animated movie it’s still bound to have an impact that might hopefully inspire a live-action movie or TV show at some point since it feels like a waste to let a story like this simply go without being given live-action representation at some point. It’s fair to say that finding the actors for each part would be kind of different since Injustice is a huge story that would require a lot of people to make it work, and as of now there are still plans for other live-action DC movies that have yet to appear. The Green Lantern has been one of the more troubling stories to get right over the years, and The Flash is one that has yet to appear as well. Wonder Woman dipped quite a bit with the sequel that came out months ago, while Superman and Batman have their own issues to deal with since The Batman starring Robert Pattinson is still on its way and there’s no word as to what else is happening just yet. As of now, the animation department is one of DC’s best tools since the live-action movies have been hit and miss for a while, no matter that there are still plenty of projects planned.

It’s easy to wonder if animation and TV will remain DC’s biggest claims to fame for a while, but the live-action movies have earned quite a bit, despite the fact that they’re not quite as reliable somehow. One would think that with the current technology and with actors that are well aware of what’s needed in each movie that the live-action attempts would be going off without a hitch. But somewhere between the writing room and the set, it would appear that things are happening that keep hampering the movies by way of detail, dialogue, and other factors that are less important but tend to stack upon each other after a while. With the animated movies and TV shows still going though it does feel that DC is doing just fine, but if they could get their live-action movies to work consistently and come together in order to do something great then there’s a good chance that they would be a dominant force finally. Until then, the animated movies are one of the bright spots in DC’s arsenal, and Injustice is bound to be one of their more popular storylines.