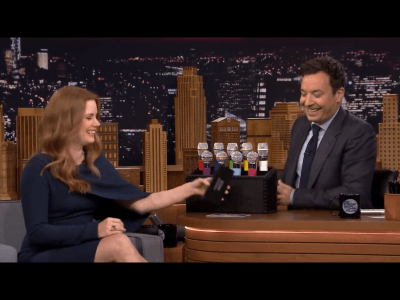 The Tonight Show rolled out yet another new game. Box of Microphones slightly differs from Wheel of Musical Impressions because while the guest still sings a randomly selected pop song, this time there’s a different vocal effect on all the microphones.

Amy Adams was on the show to promote her part as Lois Lane in Batman V. Superman out in theaters now. She gladly played Box of Microphones with Jimmy, but not before she also demonstrated her greatest talent in the eyes of her young daughter: being able to make herself cry on demand.

After the commercial break from her interview, Jimmy presented the new box of colorful microphones to choose from for the new game. The rules are simple enough: pick a song card (from an admittedly very small pile of choices) and pick a microphone. The magic of the audio booth would change the vocal effects for each turn and each microphone chosen.

Amy’s first song pick was “Work” by Rihanna which is famously memed all over the internet for 99% of the lyrics not making any sense. She got through it though by adding the dance move to it and nailed the repeated chorus.

Jimmy’s chosen song was “Sorry” by Justin Bieber. Obviously a huge Belieber, he excitedly took on the challenge as his voice came out sounding like a very adorable chipmunk.

Not a very time consuming game at all, a bell rang after they each only had done one song to signal a double vocal duet of “You’re the One That I Want” from Grease. While singing, the vocals fluctuated from auto tune back to chipmunk. There’s no scores kept in games like this, but it’s definitely more entertaining as just something to watch. No reason for any competition as long as they’re having fun, and I would say Amy and Jimmy certainly enjoyed themselves.

Check out Box of Impressions for yourself here:

As with the Wheel of Musical Impressions, this game will probably be saved for the more musically inclined guests. Anyone in particular you would like to see take a turn at it? 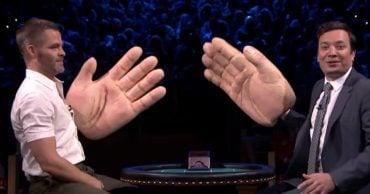 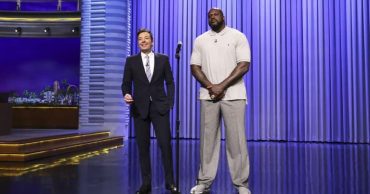 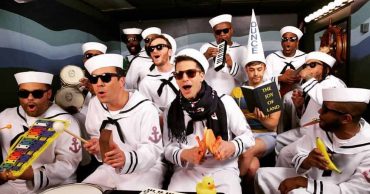 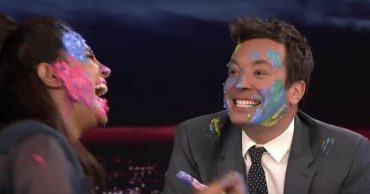 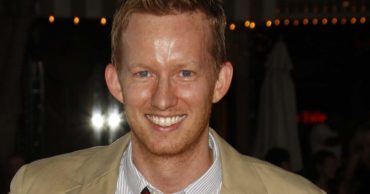 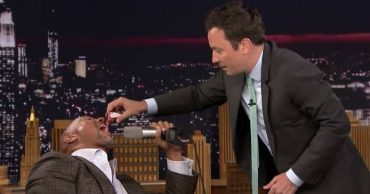