Home
Movies
A Wizard of Oz Remake Is Coming: How Should We Feel About It? 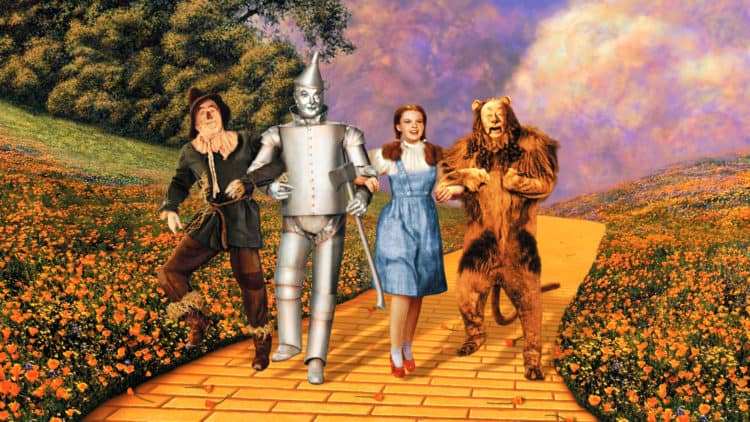 The Wizard of Oz is one of those old-time classics that came out way before I was born. I mean, how long has it been? Since 1939, a time when my parents weren’t even around. Wow, it’s just so amazing how long this film has kept up. I remember when I watched it for the first time and everything about it stuck with me ever since. The colorful characters, the magical world, and the chemistry between Dorothy and all the creatures of Oz just spoke true creativity for me. And as a total sucker for anything fantasy related, everything about it just made me smile.

It’s easy to believe why The Wizard of Oz has stood the test of time. Now imagine if someone were to take this classic movie and do a remake/reboot of it? Blasphemy, right?! I’ll admit, a part of me is on that train and we do have a good reason to be.

Speaking of which, it’s just been reported that The Wizard of Oz is indeed getting a remake. This upcoming remake will apparently be a “fresh take” on the old classic, but more on that later. The director helming the project will be Nicole Kassell, one of the directors for the HBO Watchmen series. I must confess, I’ve barely watched that series, but I’ve watched the Doctor Manhattan scenes. Hey, I couldn’t resist, but the whole season is still on my to-watch list. However, based on what I watched with the Doctor Manhattan scenes, I did like what I saw. This does make me somewhat excited for what Kassell can do for a Wizard of Oz remake.

Now let’s just talk about the fact that Hollywood is remaking the Wizard of Oz. We should ask ourselves two questions: One, is this a necessary remake? Two, should an old-time classic like Wizard of Oz even get a remake? On the surface, I would say no to both questions. However, I did some thinking about it and I’ve convinced myself that a Wizard of Oz remake probably isn’t such a bad idea.

Okay, now I get why fans wouldn’t want a remake of The Wizard of Oz. Needles to say, The Wizard of Oz is just perfect the way it is. I am a believer of the “if it’s not broken, don’t fix it” mentality, but there is a loophole to it. Anything that’s not broken can certainly be improved. Just ask Black Panther’s sister, Shuri. Now I don’t think The Wizard of Oz has many flaws to be improved on, but there doesn’t have to be. What we can have in a remake is a new opportunity to add some new nuances to the story.

Let’s just remember something about the book. If I remember correctly, there were no red slippers. How significant were the red slippers to the movie? I mean, they’ve practically become a running joke at this point. You wear the slippers and click your heels three times, you return home. That was something that the movie introduced to the Wizard of Oz and it’s become a staple element to the story ever since.

That’s a prime example of what can be added to the Wizard of Oz story. Something that’s new and fits in with the story will only benefit the original idea. Now I’m not sure what kind of thing Kassell intends to add to the world of Oz, but it is a magical world. By that, I mean she can add pretty much anything. It’s all a big fantasy world with all kinds of silly elements to it. Talking apple trees that don’t want anyone touching their apples, yellow brick roads, and flying monkey creatures, the world of Oz is like a fantasy homeland. Whatever Kassell intends to add to the world of Oz, I just hope it stays true to the essence of the fantasy.

Here are some examples and I’ll start with the best one. The very underrated 2012 movie, Dredd. Does anyone remember the first Judge Dredd movie with Sylvester Stallone? Neither do I. That’s a prime example of a remake/reboot that actually tells a better story than the first movie. Now that’s pretty rare.

How about a remake that actually stays very true to the original story? The 2010 remake of True Grit with Jeff Bridges and Hailee Steinfeld. That’s a legitimate remake that follows the story of the original John Wayne movie, but adds some little nuances to separate itself from it. And in my opinion, it actually did it better. But why stop there? Zack Snyder’s Dawn of the Dead stayed true to the core of the original movie, but he found a way to tell his own story. That’s why his remake worked and actually his highest rated movie.

That’s how Nicole Kassell can make her Wizard of Oz remake work. The idea of the original movie was about a magical world that Dorothy was able to explore and make new friends. However, it was the heart of The Wizard of Oz that made the movie stick with us for so long. Dorothy was an outsider far away from her element and had to learn the true meaning of family and her home. No matter what crazy, magical stuff Kassell puts in her version of The Wizard of Oz, she has to honor that part of the original. Dorothy was the heart and soul of that movie and she needs to stick with that.

And let’s just imagine what the magical creatures of Oz would look like with modern day special effects. Can we expect to see Dorothy skipping along the road with improved versions of Scarecrow, Tin Man, and Lion? There would probably be a combination of make-up and CGI, but so what? I have no doubt they will look cool with modern technology, but that scene represents the bond they all share. With all the fantasy The Wizard of Oz gives us, it’s really the heart of the movie that we love. Friendship, family, selflessness, bravery, those are the kinds of things the remake needs to have.

So what are your thoughts? Do you all think we need a remake of The Wizard of Oz? Will it end up like some of the many terrible remakes (Ben-Hur) or will it possibly live up to the original Wizard of Oz? I’m just curious to see what Nicole Kassell’s take on the classic story will be. It’ll be fun just to revisit the land of Oz again.