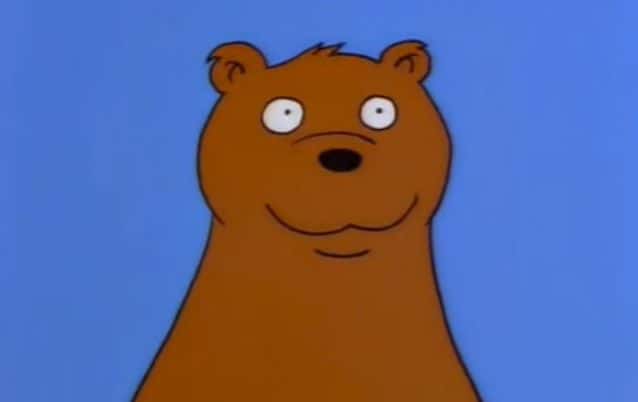 One of my personal favorite things that happens with brilliant shows like the Simpsons, is when people make discoveries about past episodes that either ring true today or predicted something about future events that came true.  We tend to find many of these in not just television shows but past interviews (remember when Jim Morrison said that music would become electronic in the 70s?).  So today when I cam across this “Bear Patrol” clip from a 1996 Simpsons episode I had to share it.   It’s called “Bear Control” and it strikes a super close resemblance to the political climate the United States is in today.

As soon as you see the line “one count of being accessory to being a bear” you’re going to get sucked right in.  Its comedic genius stemming from the reality where cops can slap any charge on you to defend their own careers. “A large bear-like animal, most likely a bear” just might be my all-time favorite Simpsons quote.   It’s incredible watching these past episodes as an adult now.  This stuff will never get old.

This reminds me (and you) that I should watch some old Simpsons episodes again. In addition to the overall better quality its generally its fun to pick up on all the jokes and references that flew over my head as a kid and young teen.  Not that I’m much smarter now but at least I’d be able to pick up on a few more references.  Enjoy “Bear Patrol” below.  It’s amazing.