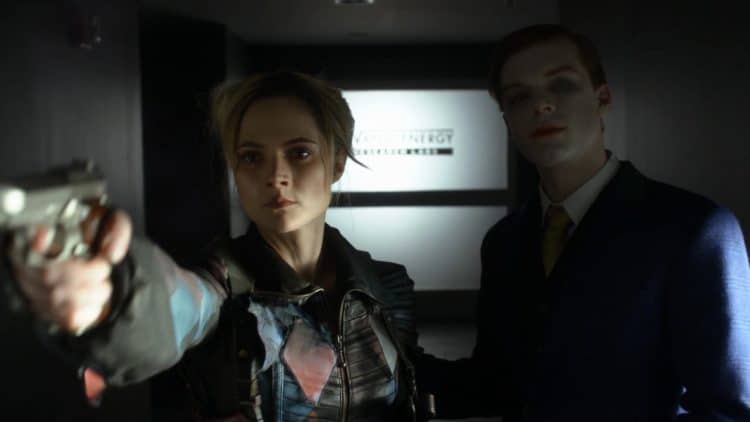 Francesca Root-Dodson is an American actress who some people might recognize because of her role as Echo on Gotham. However, it should be mentioned that she has been in other projects as well, which are in addition to her other activities. Here are 10 things that you may or may not have known about Francesca Root-Dodson:

Root-Dodson went to Columbia University, which is one of the numerous colleges and universities that can be found in New York City. However, said school stands out in that it was founded in 1754, thus making it the first such institution to spring up in said location.

As for Root-Dodson specialization when it comes to creative writing, that was fiction. So far, Root-Dodson has done some fiction writing here and there. However, her website states that she is in the process of writing her first novel, which will be called The Blue Room.

Root-Dodson is a member of Phi Beta Kappa, which is one of the most respected honor societies in the United States. In part, this is because it is the first of its kind that can be found in said country. However, it helps that it inducts no one but the best students of arts and sciences.

5. Has Made a Feature Film

Based on this, it should be clear that Root-Dodson isn’t limited to being interested in acting. However, if further proof is needed, this can be seen in how she wrote, directed, and acted in a feature film called Free Spirit, which is described on her website as being an “un-love story” set in New York City.

It is interesting to note that Root-Dodson was in God of Love, though her role in it wasn’t particularly important. As for why people would be interested, well, it is worth mentioning that God of Love managed to win the Oscar for the Best Live Action Short Film at the 83rd Academy Awards. Plot-wise, it is centered on a self-centered lounge singer named Raymond Goodfellow who manages to become a better person through a supernatural experience, with the result that he winds up experiencing a very unusual career change.

7. Was On The Blacklist

Besides Gotham, Root-Dodson has been on some other shows of note as well. One excellent example would be The Blacklist, which saw her showing up in one episode as a character named Ana Dewan in 2017.

Another such show would be FBI, which is the crime drama created by Dick Wolf and Craig Turk that started up in recent times. Once again, Root-Dodson’s role was a one-episode role in 2018 as a character named Elizaveth Kernick, with the exact episode being called “This Land Is Your Land.”

Chances are good that most people who recognize Root-Dodson will recognize her because of her role as Ecco on Gotham. This is because said character is the longest role that she has played on a prominent show at this point in time, though she isn’t a long-standing character on the show but rather a relative newcomer in the last and newest season.

10. Not Quite Harley Quinn

The character of Ecco contains a lot of the characteristics that Batman fans will recognize from the most famous versions of Harley Quinn. However, the people behind Gotham didn’t just go with a Gotham version of Harley Quinn because they didn’t have the authorization to do so. With that said, that didn’t stop them for long. After all, they didn’t have the authorization to do a full-blown Joker either, which is why they decided to go with a proto-Joker in the form of Jeremiah Valeska. The success of the proto-Joker is what convinced them to do a Gotham version of Harley Quinn who isn’t quite Harley Quinn.